Charles Hardin Holley was born on this day September 7, 1936 in Lubbock, Texas. His name was misspelled, Buddy Holly, by a Decca Records executive on an early release and the new spelling stuck.

Although known as a crucial figure in the genesis of rock 'n' roll, Holly's early musical roots were in country music and bluegrass. At age 13, Holly made a home recording of country great Hank Snow's, 'My Two Tim'in Woman'. In junior high school, Holly teamed up with Bob Montgomery who would go on to have a career as a composer ('Back In My Baby's Arms' - Patsy Cline, 'Heartbeat' and 'Wishing' - Buddy Holly) and producer. Montgomery sang lead and Holly harmonized, landing a weekly gig on radio station KDAV in Lubbock. Holly also sang in his high school choir which also increased his interest in music. While a senior in high school, his immense talent was spotted by a Decca records country and western music talent scout.

In early 1955 and in his senior year of high school, Holly saw Elvis Presley perform in Lubbock and decided that if he were to have a future in music, it would be in rock and roll.

By October of 1955, Holly's band was selected to open for Presley in a return engagement. 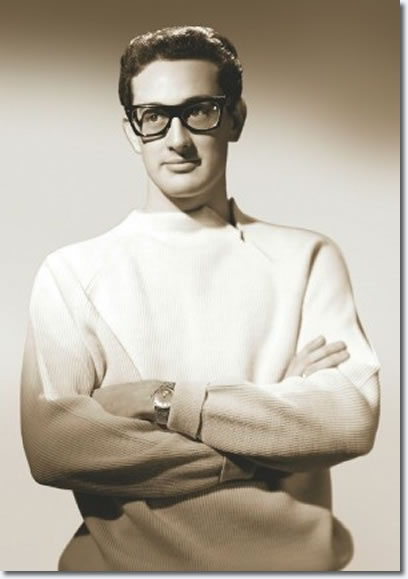 In the 1950's, it was commonplace for some of the most influential figures in the history of American music to straddle at least two seemingly separate musical genres. Elvis Presley, Carl Perkins, Bill Haley, Johnny Cash, Waylon Jennings, Jerry Lee Lewis, Conway Twitty and others had careers that bridged country, country blues, rock 'n roll and gospel music. Holly was one of the few to make a clean break with his country roots and synthesize his considerable talent and extraordinary vision in the relatively new genre of rock 'n' roll.

Holly's talent was nurtured and his mythical status in rock 'n roll was built on the solid bedrock of country and western music. Holly is another in a long line of towering figures in American music who learned at the font of all pop music; early country music, country blues, bluegrass and gospel music.

Attesting to this mythical status, in Liverpool, England in 1960, four band members of a group known as the Quarrymen were so inspired by Buddy Holly and the Crickets that they re-named the band 'The Beatles'.

Elvis Presley 'Introduced' Me To Johnny Cash by June Carter 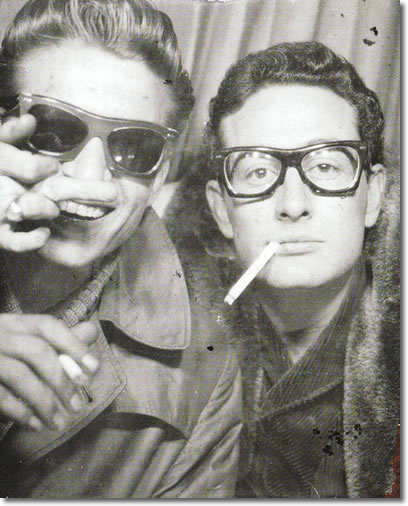