Red West: I learned to play Guitar from Scotty Moore. He taught me how to play guitar on the road in the fifties. When I first came to California after I got back from Germany, I hooked up with Dorsey and Johnny Burnette who were writing for Ricky Nelson. They're from Memphis; I grew up with them too. I said 'heck, you guys can write and I can write'. I worked as a extra on the movie, Journey To The Center of The Earth that Pat Boone starred in and we got to be friends. I took over A Thousand Years to his office and played it for his manager and he (Pat) Recorded it. It was the B side to Moody River a big hit for him. I also wrote songs recorded by Gary Pucket & The Union Gap and Petula Clark.

That's Someone You Never Forget was a title that came from Elvis. He said, 'How about coming up with a song with the title of That's Someone You Never Forget?' I sat down and wrote it. I played him a demo with me singing that I cut at Gold Star Recording in Hollywood. Elvis liked it and I was in the studio when he recorded it, which was great but also nerve wrecking. Every time he'd start over and say, 'Hold it! hold it!' I'd think, 'Uh oh, he's gonna lose interest'. I like how the song turned out. That song had a strange, weird melody. I like the way Elvis recorded all the songs that I wrote. Elvis wouldn't have recorded my songs if he didn't like them. As a matter of fact there's a couple that he turned down, I wish I had written more for him.

The story behind You'll Be Gone was Elvis recorded Its' Now Or Never and he wanted to take another old standard that was a great song and change the lyrics, which they got away with on Its' Now Or Never (O Sole Mio). He said 'I like the song Begin The Beguine. I like the melody but I'd like to put new lyrics on it.' So I sat down and wrote new lyrics for it. Then when it came time to record it, Cole Porter said, 'Hell no!' (laughs) He said 'What are you talking about? You want to change the lyrics to my song?'

So I changed the melody. The song only had two chords, C and F. Charlie Hodge is the one that recommened that I do it with two chords and give it a kind of beat. I gave him credit as a third writer on the song just for that. Elvis is credited on the song; it was just more his suggestion to do it. Elvis never really tried to write songs. He just didn't have the patience. He hated to sit down and do anything like that. I think he could have written songs if he'd taken the time and could sit still long enough. If he had written songs, I think Elvis would have come up with more ballads than rock and roll - he had a ballad mind and liked the ballad type songs. 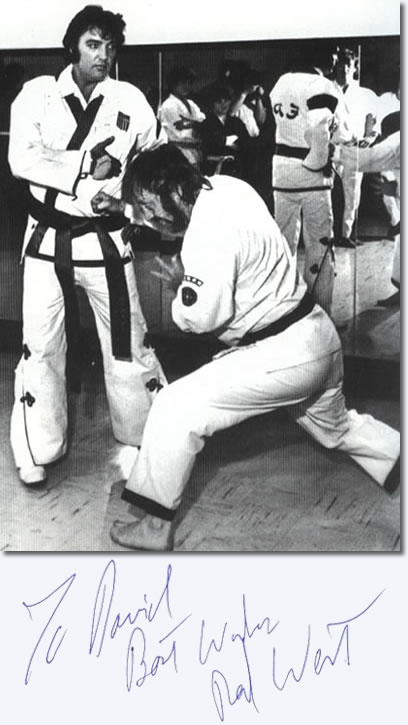 Elvis really liked If You Think I Don't Need You which made it into Viva Las Vegas.

He put a lot of energy into it. Glen Campbell played guitar on that song. Freddy Bienstock never sent me a script. I just winged it. I wasn't under contract to them as a writer. But I read Elvis' script (laughs) so I sat down and wrote that song with Joe Cooper. I was going for a Ray Charles, What I'd Say vibe. I loved that song and I tried to capture the feel, the beat, the groove and melody.

Elvis used to go to the movies at night. He'd rent the movie theatre, the Memphian.

One night we were in the theatre and for some reason the urge hit me to write a holiday song. It was August, I think. I got home, didn't say anything to anybody and wrote If Every Day Was like Christmas in about an hour, and hour and a half. I recorded a demo with Chips Moman at Stax. I spent a lot of money like an idiot to put it out locally here. Then Elvis was getting ready to record a Christmas song and I had him listen to it. He went to Nashville to record three songs and then he got sick or faked sickness. He didn't feel like going into the studio at the time so I went in and did the vocals for those three songs. I sang while the band played. We had a tape recorder with us and I took it back to the hotel. Elvis wanted to hear it. It was a two track tape recorder and right there in the hotel he put his voice over it. He loved the songs. 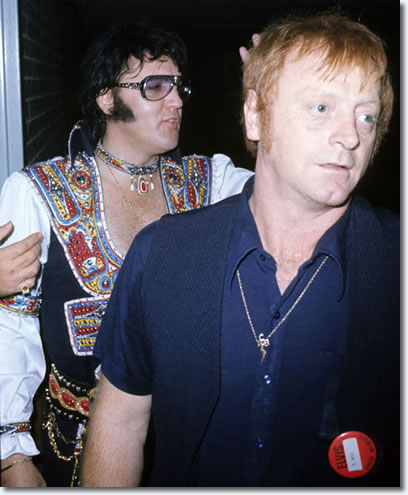 I was back here in Memphis and my wife was in L.A. I was writing for Chips Moman, producing and everything else. Separate Ways came to me from my own situation. Then Elvis had his own situation with Priscilla and that song fit perfectly. I was writing about my son, Brent but then we changed it so it would relate to Lisa Marie. We changed the line 'the tears that he will cry' into 'the tears that she will cry'. Elvis would never ask me if I had any new songs. I would write one and then I'd say 'I've got a new song'. (laughs)

I also brought Always On My Mind to Elvis. He recorded Always On My Mind and Separate Ways at the same time. This was after his split up with Priscilla. He said 'Man, you're killing me with these songs'. Those songs definitely got to him. Another song which got to him was Don't Cry Daddy. That was kind of hard for him to record too because of his situation; he could relate it to Lisa Marie.

Elvis, Charlie Hodge and I spent hours singing together. We had our own trio and he loved gospel music. Elvis loved things like Sons of the Pioneers, Tumbling Tumbleweeds, anything with close harmony. So we'd sing a lot together. Three of my songs wound up on a CD of home recordings, I've Been Blue, It's No Fun Being Lonely, and Mary Lou Brown. These songs were written more for the tight harmony. They're not hit songs but they're very close harmony. 25 years after he died these songs came out. They found all these tapes at Graceland that I had recorded in Los Angeles and Germany and they released them. We did Sons of the Pioneers, an Ink Spot song, Soldier Boy. Elvis would be at the piano and I'd turn on the tape recorder.

I wrote Holly Leaves And Christmas Trees and the gospel song, Seeing Is Believing. He like singing those songs the most. Gospel music is rock and roll with a religious flair. At the top of the Hilton after the shows the Stamps would come up and he'd sing gospel songs with them all night until dawn. This was wind down time.

Elvis liked The Beatles. All four came up to the house in Bel-Air. It was more like a courtesy to meet them, but he enjoyed meeting them. ('They're a nice bunch of guys'.) Elvis was not in awe of anybody except maybe Jake Hess, one of the top gospel singers. He really didn't mix well with celebrities. The only person he mixed well with was Tom Jones who was a good friend. The Beatles came to the house and we all sat around talking. There were instruments, guitars lying around. Elvis was not interested in doing any singing or pickin'. We were watching television - Elvis might have been playing a little bit of bass. I don't think Elvis and the Beatles played together. They might have but it's a long time ago. My cousin, and me and Ringo played pool in a room adjourning where everybody was watching TV and the other members of the Beatles talked with him.

Johnny Christopher and I were sitting around waiting for inspiration. Elvis used to talk in his sleep. He told some hilarious stories about his sleepwalking at shows. Once when he lived in Lauderdale Courts he woke up outside in his underwear. The girl who he had a crush on was outside with somebody else and saw him. He was mortified. I was telling Johnny some of those kind of stories and all of a sudden he said, 'That's a title! How about If You Talk in Your Sleep?' That song is about cheating, which was an idea in many many songs, country especially. We were thinking of the song Dark End Of The Street, which Chips Moman co-wrote. We came up with the lyric 'if you talk in your sleep, don't mention my name'. Then we worked it up and finished it.

Elvis didn't listen much to his own music but he really loved his From Elvis In Memphis album, the one he did with Chips Moman; that was an album full of great songs and Suspicious Minds by my buddy Mark James. Elvis was so sick of this movie crap that he'd been recording and it was not doing his career any good. When he cut that album it (The session) was just loaded hits, In The Ghetto, Suspicious Minds, Don't Cry Daddy, Kentucky Rain. He brought the demos when he was doing the Change of Habit film with Mary Tyler Moore. He wore Suspicious Minds out. When his albums were released he would listen to them and think about them and wonder if he had done this or that or the other. But the one he played more than any was that Memphis album.

This article based on an interview with Red West by Ken Sharp. From the FTD book - Writing For The King.