Elias Ghanem's life is the fascinating stuff movies are made of, and since he's tall, dark and handsome, the role should go to somebody like, oh, Elvis Presley. Ghanem is a Palestinian immigrant who became a doctor and worked at Los Angeles County Hospital until he realized he had more important things to do. He set out for a place where people were desperate for medical help, Las Vegas.

There he met a princely entertainer with a frog in his throat, removed same - and thus began to acquire a reputation as physician to the stars. Before long he had a Stutz Bearcat, a fleet of jets, flashy jewelry and a mirrored canopy over his bed. He went around saying things like 'Fast cars and beautiful women are my hobbies'. 'He owned real estate and restaurants. He was divorced.

There is one big problem with this scenario. The Vegas headliner Dr. Ghanem treated to get his start in showbiz medicine actually was Elvis Presley. But it would not be difficult to find a substitute star or even to cast an entire movie from Ghanem's roster of patients.

In not quite five years in Las Vegas, Ghanem, 37, has treated Tom Jones, Liberace, Ann-Margret, Johnny Cash, Raquel Welch, Bill Cosby, Glen Campbell and Roy Clark, among others. 'They always get sore throats', Ghanem says. 'We call it Vegas throat'.

Ghanem today is hardly the apprehensive young man who arrived in the U.S. in 1958 with only $150 and a scholarship to the University of North Carolina. Born in Haifa, the son of a Lebanese who had moved with an oil company to what was then Palestine, Ghanem says, 'When I was 7 years old I saw people get machine-gunned in the 1947 war. When I was in my early teens I still fainted at the sight of blood'.

He worked as a hospital attendant in Israel after high school, however, and helped put himself through North Carolina the same way. After Duke University Medical School, he moved to Los Angeles for his internship.

Off-duty gambling trips to Las Vegas helped convince him the city needed more doctors. 'A lot of people come here and they gamble two or three days straight', he says. 'They want something to make them sleep. They have heart attacks, sometimes while they are at a show. And there is the hysteria. One girl at Elvis' show was so hysterical we had to hold her down'.

Moving to Las Vegas in 1971, Ghanem was the $3,600-a-month director of the emergency room at Sunrise Hospital when he got a call one night about a raspy voice at the Hilton. It belonged to Presley. Robert Goulet consulted him not long after, and soon Ghanem was the hottest doc in Vegas since Severinsen. 'I think it's the personal touch they like', says Ghanem. 'They call at 2 o'clock in the morning and I go'.

Ghanem earns $300,000 a year from his practice. He also owns a piece of a seven-plane charter service. Frank Sinatra uses it at $550 an hour, but two recent victims of a mine accident were flown to the hospital for nothing.

Ghanem is now building an outpatient clinic. He vows that 50 percent of its profits will be donated to the University of Nevada at Reno to convert its two-year School of Medical Sciences into a four-year medical school.

Besides his parents, who live in Las Vegas, he has brought 10 relatives to this country from Israel. His American ex-wife and 9-year-old son, Farid, also are close by. Though he was engaged for six months in 1975 to singer Vikki Carr, another patient, Ghanem remains actively single.

He is on call at nine big Vegas hotels, but after visiting a sick guest Ghanem never drops by the casino for craps or blackjack. 'When I wasn't living here', he says, 'that's what I came for. Now I don't care for gambling at all'.

Original Article 'Call Doctor Ghanem', Elvis and Other Stars Gasp When They Get Las Vegas Throat' from 'People' Magazine: By Barbara Wilkins. March 15, 1976. 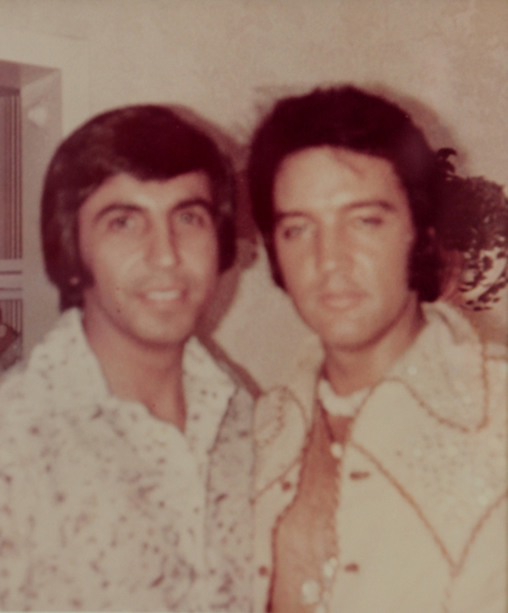 Elvis decided to try and get thin and rested using a new therapy he’d heard about-a 'sleep diet' that could reset his metabolism and his sleep cycles through a three-week regimen of liquid nourishment and carefully monitored sedatives.

This therapy had been created by Dr. Elias Ghanem, a Las Vegas 'doctor to the stars'. Elvis moved into the upstairs bedroom of Ghanem’s home.

'Why, he was in perfect health', Ghanem said in news interviews. 'I personally gave him a physical examination for insurance reasons only recently. I can’t understand this', he exclaimed'.

Members of the Memphis Mafia have stated there were some bad things in this 'sleep mixture' and that Elias Ghanem was a fraud, no good, and it really does look this way.