Lance LeGault's (b. William Lance Legault on May 2, 1935 in Chicago, Illinois, USA) acting career started as a double for Elvis Presley, for which he is best known among Elvis fans. Lance has starred in TV shows and TV movies, his best known TV role was in the 1980s hit series The A-Team as Colonel Roderick Decker, a U.S. Army Colonel who tried to catch the fugitive Vietnam Vets.

I did about a dozen movies with Elvis. Roustabout was not the first. By the time we did Roustabout, Elvis used to come see me in the nightclubs. The first time he came to see me, he was doing Wild In The Country, and he brought Tuesday Weld. I had a nightclub and a really good blues band and Elvis was a big blues fan. I had this nightclub 'The Cross Bow'. There was a rear entrance with stairs to a private balcony. And I could send food that way, too. He brought Tuesday and his group which of course all had dates.

And they all could sit up there and no one would bother them.

Clint Eastwood would come out to see me there.

It was a good club. And to have Elvis come out to see me there many times did not hurt. Elvis was very complimentary and generous. I did the original version of Hound Dog, One Night Of Sin, Kansas City and he liked all that. And then once word got out, that Elvis was coming to see Lance LeGault, you couldn't get a seat in that damn club.

So it was good.

Lance's first three feature films he starred in were the three Elvis Presley movies, Girls! Girls! Girls! (1962) in which he was a stunt double for Elvis Presley, Kissin' Cousins (1964), and Viva Las Vegas (1964). He also appeared in Elvis Presley's groundbreaking 1968 NBC television special Elvis (also known as Elvis' 68 Comeback Special), where he sat at the side of the stage playing a tambourine.

The neat thing about 'Roustabout' is it was a Paramount film. And they are in Hollywood. At that time I was living in Woodland Hills and we shot it in Lake Village, which is a suburb West of Los Angeles, probably about 50 miles out. And that's where we built the carnival for 'Roustabout'. That carnival was built in a cow pasture. It was fun to shoot because instead of going into Hollywood to Paramount, I had a short drive out to the location. Then of course, the rest of it, we had to go into to Paramount for it. 'Roustabout' was fun! Barbara Stanwyck was terrific! Elvis liked her a lot. I had lunch with her one day on the set simply because we got in line side by side. 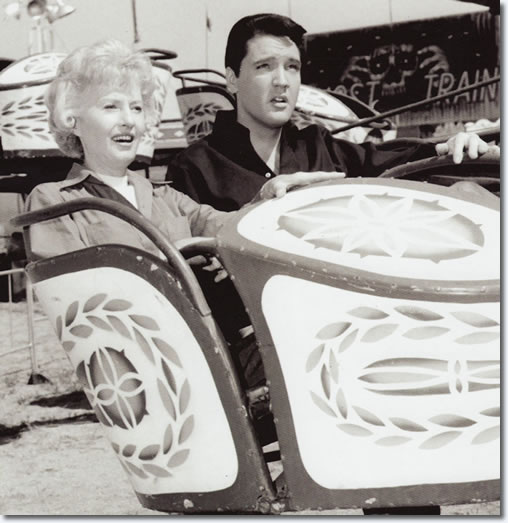 I had tried to get Harley bikes for Elvis. I called Harley Davidson up in Milwaukee and they did not even return my calls. So he ended up riding the little Honda 350, which was not Elvis. Elvis rode Harley Davidson motorcycles. And I rode motorcycles with Elvis a great deal.

The Colonel came around sometimes to the studios for publicity or parties. He took advantage of that. But he did not come on set for 'Roustabout'. I knew the Colonel pretty well. He did the job for Elvis. You can criticize anybody but in point of fact, the Colonel dedicated all his work to furthering Elvis' career, making deals and Elvis trusted him. It was a terrific relationship as far as a money-making relationship. The name of his game was we'll make a movie and it will have enough songs in it to get an album and we'll have the publishing. So the Colonel was looking out for the financial side of it. But look how many cats didn't do as well even though they had a good few years. Of course, they weren't Elvis. That's the other side of the coin.

Hal Wallis was a terrific producer He was with Warner Brothers before Paramount. And he did a lot of great films. He was a very nice man. If he wanted to tell you something he would call you to his office and ask you a few questions, and make a few suggestions but he let you do your job. So he was a good guy to work for. 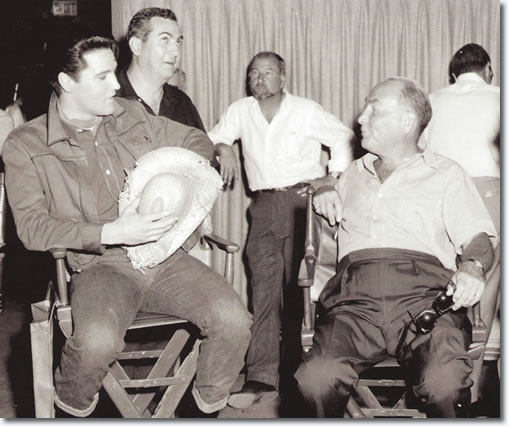 Hal Wallis and Elvis Presley on the set of Roustabout.

We had a lot of fun doing Roustabout. Elvis and I rode around the cow pasture on those Hondas. We had a good cast. And the carnival is always fun. Elvis seemed to really enjoy it. And I never heard him say anything negative about 'Roustabout' or anything else. Elvis was not a negative guy. You know he used to say, 'It's not my studio, and it's not my film. I just work here', and he would laugh. He got along real good with the other actors. Elvis never talked down to any of the actors regardless if they were just starting out or had been around a long time. He was one of the actors. That was his attitude.

After we did the '68 Special, I went to England and did Shakespeare. And people would say where did this guy come from? How does he do all this? The European press were very nice. They did not realize I did all that work behind the camera before in front of the camera. I went on to such movies as 'Coma', 'Stripes' and 3 years on the television show, 'The A Team' as well 8 years on 'Magnum P. I'. It was easy because I had that wealth of experience on film. And the one thing about Elvis movies, we had the best people on those films whether it was wardrobe or music. The key to that whole time was we were learning how to act, camera right to camera left, down stage from upstage. So there was a lot to learn along with all the fun'.

Lance now does a lot of voice-over work. He still writes music and records albums.