How we pack our Elvis Presley Vinyl LP Records

Recently I had cause to reevaluate boxes for sending LP Vinyl Records.

What I found was all boxes specifically designed for records had variable reliability protecting the record if dropped on a corner. (Which can and does happen in transit). It depended a lot on the grade of the cardboard used and I found no 'off the shelf' supplier adequately covered.

I then found that none of these protected the record if something heavy was dropped on to the record mailer box.

Recently we were out of record mailers so we used a BOX - and I do mean a 'box'!!! - one meant for sending wine bottles. I realized that this gave 100% protection.

So from today, this is how we pack ALL Vinyl LP Records.

In the pictures below you can see the box as well as a record packed in one.

What we are doing is first we put the record in a sealable plastic bag.

Because then we securely tape the record to the bottom of the box so it cannot move in transit.

The bag is simply so that the record itself is not sticky taped as we know some people like to collect and not open some records as part of their entire collection. 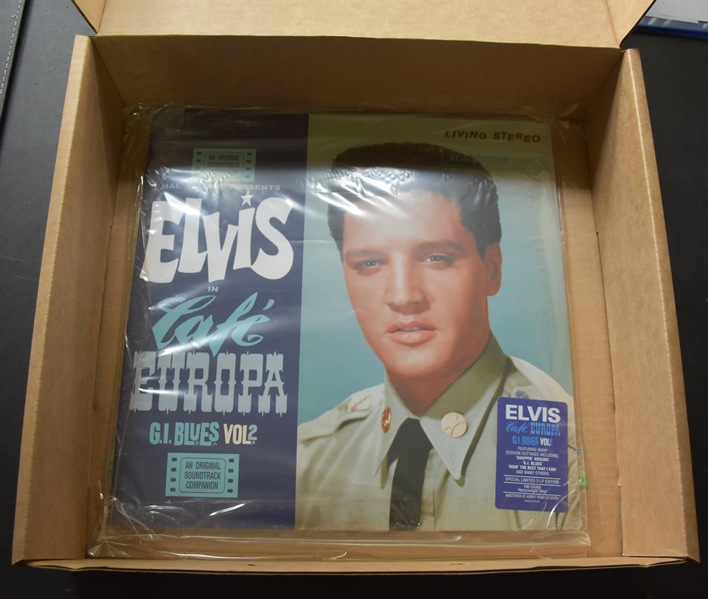