Flashback, the second book (And CD) from Follow That Dream has just been released* and has met with overwhelming positive reception.

Click the play button above to listen to Elvis sing Treat Me Nice (Takes 1,2,3) (Stereo), Shake Rattle And Roll (Takes 3,5) and Young And Beautiful (Take 6) (Stereo) - 6 minute, 53 seconds. Do you have this fantastic book and CD?

Flashback is a fantastic package, one of the very best, and illustrates Elvis' transition from the Hillbilly Cat to the King of Rock and Roll who dominated the charts before being drafted into the army.

The book is divided into different chapters, with photos of Elvis in private, on movie sets, in the recording studio and on stage. The mostly black and white images are presented following a short text outlining the contents of each chapter and include many highlights.

Although a handful of pictures are grainy, overall most photos are clear and well presented, including a few colour shots as well. Long-time fans will get tremendous pleasure browsing through the unreleased pictures from various recording sessions and hearing the out-takes from them. 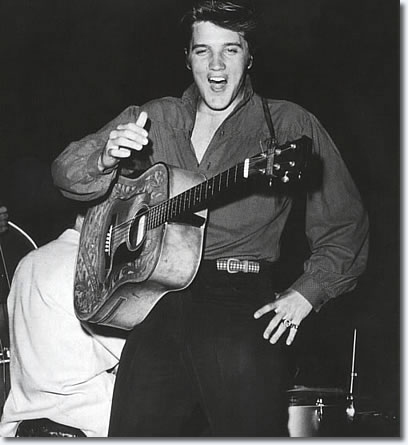 In the picture at bottom, right, Elvis is backstage with torn trousers after he performed in Miami. Elvis arived in Miami on August 3, 1956 for a few weeks of touring before heading to Los Angeles. Over two days, Elvis managed 7 shows at the Olympic Theater and as the year before in Florida he performed amidst scenes of rioting fans leaving one show with his pants completly torn.

The accompanying CD is excellent and of the same high standard as previous FTD CD releases. The tracks on the CD are the basis of Elvis' spectacular rise to fame. Alternate takes of rockers like 'Lawdy, Miss Clawdy', 'Shake, Rattle And Roll', 'Rip It Up' and especially 'A Big Hunk O' Love', are combined with ballads such as 'I Was The One', 'I Want You, I Need You, I Love You', and 'Young And Beautiful'. The alternate take of 'Treat Me Nice' sounds quite unlike the master and is one of the standout tracks. 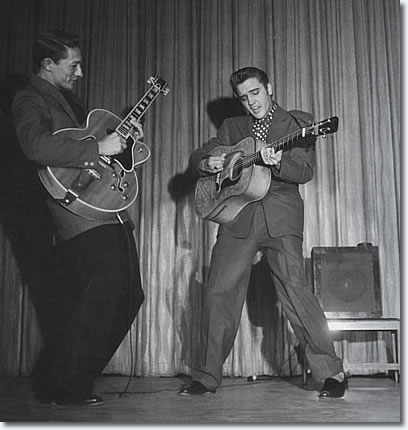 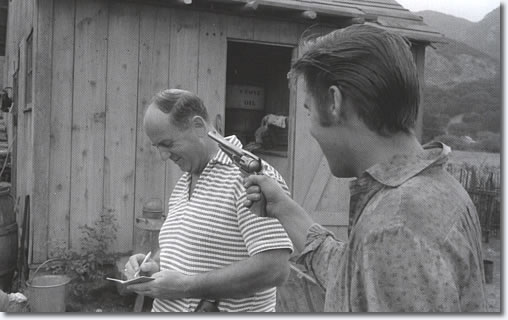 Colonel Parker and Elvis Presley - On the set of 'Love Me Tender'.

Flashback is highly recommended given the generous amount of previously unreleased material. Thank you to the FTD team for producing an audiovisual documentary any Elvis fan would be proud to own.