Elvis Presley Images By Patrick Janssen lives up to its claim as a 'quality Hardcover photobook with a unique collection of 300+ exclusive photos in B/W and color, including more than 250 previously unpublished photos'. The photo's are from the 50's to the 70's. Crystal clear photo's from negatives and transparencies. Included is a limited edition collectors DVD and special bonus photo (not published in the book). The DVD contains some newsreels & some footage of Elvis arriving in Huntsville in 1975. Below you can view some sample images. 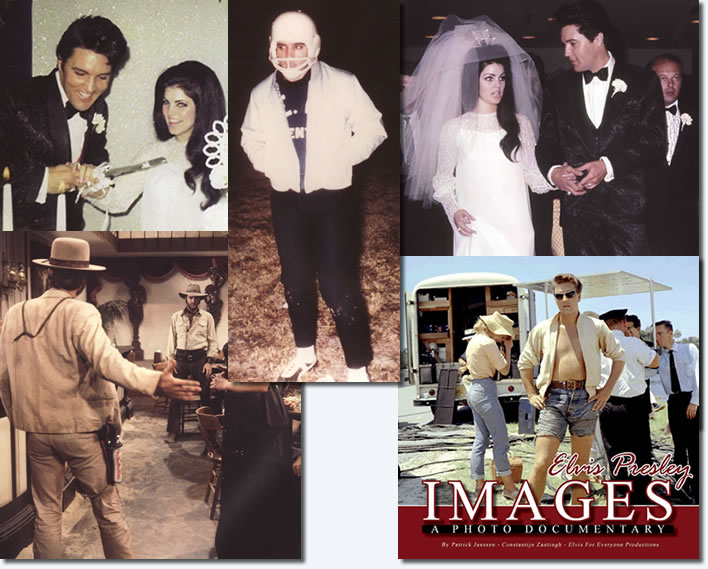 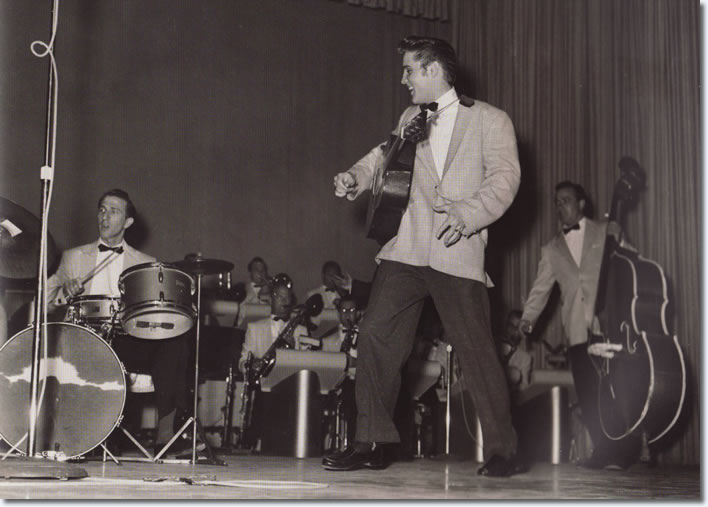 In my opinion, Elvis Presley Images is second only to Elvis '68 at 40 as best book released in the last 12 months! The first thing you notice are the claimed  'Crystal clear photo's'. Plus the book comes with a quality 'bonus' DVD and very nice 14cm (5.5") x 21cm 8.5") photo of Elvis. The DVD contains some good quality army newsreels, 'the wedding', an image gallery and film of Elvis arriving in Huntsville in 1975 - along with the story of the newsmen who managed to be at the airport at 3am when Elvis laned in his 'private' jet and chased him to the hotel. Book chapters are; The Rockin' 50's - Las Vegas 1956 - His First Movies - The Army Years - G.i. Blues - Flaming Star - Wild In The Country - Blue Hawaii – Sports - Follow That Dream - More Hollywood! - On Location For Filming Clambake - The Wedding - Speedway - Stay Away Joe - The Comeback Special - Charro! Uncencored - The Trouble With Girls - Change Of Habit - Las Vegas '69 - That's The Way It Is - Houston Welcomes Elvis - Elvis And His Fans - The Hilton Press Conference - The Concert Years - Let's Take It On Home - Candid On Camera. Buy Elvis Presley Images Book