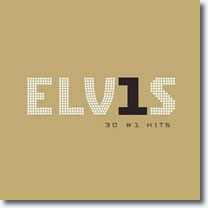 'With all due respect to Elvis Presley', British DJ Paul Oakenfold says, 'I don't think Rubberneckin' was a classic'.

So he felt all right cutting up that song with beats and loops for a Presley compilation, Second to None, due in stores Aug. 12. Oakenfold, who spins tonight and Saturday at Club NV in downtown Miami, is the second DJ to land a remix job on a lesser-known number by the King of Rock 'n' Roll. Netherlands trackmaster Tom 'Junkie XL' Holkenborg gave Presley's A Little Less Conversation a full techno shakedown on last year's hot-selling Elvis 30 #1 Hits.

The Conversation remix was the bonus track in an anthology of otherwise pristine remasters. Oakenfold, 39, applauds that kind of separation. For an avatar of a culture that will slice and dice almost any song in its path, he has an old-fashioned view of sanctity.

'There are classics', he says in a telephone interview, 'and I personally would never touch a classic'.

All of which made saying yes to the keepers of Presley's catalog easier, if not a breeze, when they approached him. Oakenfold has produced or remixed music for dozens of famed performers -- among them U2, the Cure and Snoop Dogg -- and become celebrated in his own right. The onetime London DJ and club promoter has more access than most to the archives of recorded sound. His own original music keeps lofty company, too. A 2002 album, Bunkka, pairs Oakenfold with collaborators as varied as pop singer Nelly Furtado and mad memoirist Hunter S. Thompson.

Oakenfold recently took on the '007' theme song for the soundtrack of the latest Bond caper, Die Another Day. That distinctive tune and its twangy, chromatic riff apparently do not rate 'classic'-- although in fairness to Oakenfold the ditty has been resized and rearranged endlessly over the decades to help the Bond franchise stay hip.

Presley -- even a Rubberneckin' Presley -- was another order of magnitude. 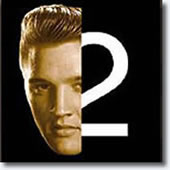 He says that after a few listens he thought, 'I'm never going going to have a bigger challenge than this'.

The challenge as he saw it was 'to keep the integrity of Elvis and make sure it wasn't cheesy and keep what was initially there'.

'Keep the arrangement or structure, but give it more of a current feel', he says. 'I really think people will like it. Because it is Elvis, it's just done in a way that I believe works ... It's not Heartbreak Hotel, which I certainly would not do'.

- Paul Oakenfold's Re-mix of Rubberneckin can be found on the CD, 2nd To None.