Kurt Russell began his film career at the age of 10 in an uncredited part as in Elvis Presley's It Happened At The World's Fair. A favorite scene in the movie is when a ten-year-old Kurt Russell is paid by Elvis' character to kick him in the shins.

Little did anyone dream that years later the same Kurt Russell would play Elvis in the made for TV movie 'Elvis' and receive an Outstanding Lead Actor Emmy nomination for his portrayal. Russell began his career as a child actor when Walt Disney signed him to a ten-year contract. After that, he pursued a career in professional baseball. He played second base for the minor league until an injury forced him to retire. (His father Bing Russell, a former baseball player who turned to acting, had played the deputy sheriff on 'Bonanza' for a number of years.)

Kurt Russell returned to acting after his baseball career and has had many prime movie roles that include films such as 'Silkwood', 'Tango and Cash', 'Backdraft' and 'Vanilla Sky' among others. He often performs his own stunts and is a licensed pilot. He and his long-time life partner, actress Goldie Hawn, now live in Vancouver, Canada where they encourage their son Wyatt with his career in hockey. They recently became grandparents when Hawn's daughter, the actress Kate Hudson, gave birth.

Kurt Russell was briefly married to his 'Elvis' costar Season Hubley with whom he had a son, Boston.

Russell began his film career at the age of 10 in an uncredited part as in Elvis Presley's It Happened at the World's Fair and two extra episodes, celebrating the 10th anniversary of the then closed series 'Rin Tin Tin'. On April 24, 1963, Russell guest-starred in the ABC series Our Man Higgins, starring Stanley Holloway as an English butler to an American family. Later in 1963, he landed a big part for a juvenile actor: the lead role as the orphan Jaimie in the TV Western series The Travels of Jaimie McPheeters (1963–1964). The series also starred Dan O'Herlihy, John Maloney, Joe Baldassare, and the young Osmond Brothers. In 1964, he guest-starred in 'Nemesis', an episode of the popular series The Fugitive in which, as the son of police Lt. Gerard, he is unintentionally kidnapped by his father's quarry Doctor Richard Kimble.

On February 6, 1965, Russell, not quite fourteen, played the role of Jungle Boy on an episode of CBS's Gilligan's Island. In a March 1966 episode of the TV series Lost in Space titled 'The Challenge', he played Quano, the son of a planetary ruler. The young actor was soon signed to a ten-year contract with the Walt Disney Company, where he became, according to Robert Osborne, the 'studio's top star of the '70s. Russell starred in many Disney films, such as 'Follow Me, Boys!' (1966), 'Original Family Band' (1968) with newcomer Goldie Hawn, 'The Computer Wore Tennis Shoes' (1969), and 'The Strongest Man in the World' (1975). He auditioned for the role of Han Solo in Star Wars (1977) but lost the role to Harrison Ford. 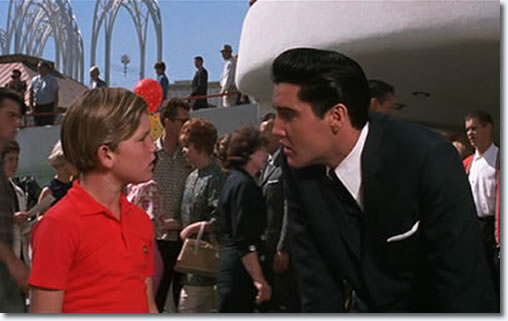 Kurt Russell and Elvis Presley in 'It Happened at the World's Fair'.

Kurt, like his father before him, had a baseball career. In the early 1970s, Russell played second base for the California Angels (now the Los Angeles Angels of Anaheim) Double-A minor league affiliate, the El Paso Sun Kings. During a play, he was hit in the shoulder by a player running to second base; the collision tore the rotator cuff in his right/throwing shoulder. Before his injury, he was leading the Texas League in hitting, with a .563 batting average. The injury forced his retirement from baseball in 1973 and led to his return to acting.

In 1979, Russell was nominated for an Emmy Award for Outstanding Lead Actor in a Limited Series or a Special for the made-for-television film Elvis. Elvis Presley has had a presence in his career. Aside from appearing as a child in one of Presley's films and giving a convincing portrayal of the singer in the 1979 television biopic, Russell starred as an Elvis impersonator involved in a Las Vegas robbery in 3000 Miles to Graceland and provided the voice of Elvis for a scene in the Oscar-winning film Forrest Gump. 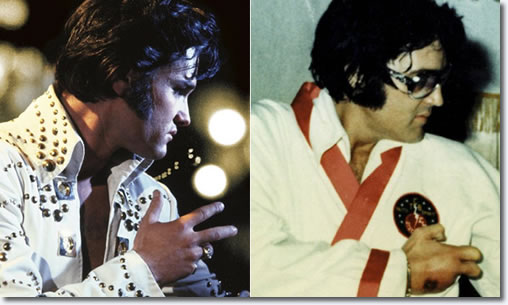 Russell married actress Season Hubley, whom he had met on the set of Elvis in 1979 and they had a son, Boston Oliver Grant Russell, in 1980. In 1983, in the middle of his divorce from Hubley, Russell re-connected with Goldie Hawn on the set of the film Swing Shift and they have been in a relationship ever since. They had a son, Wyatt, in 1986. The couple filmed the comedy Overboard together in 1987. Hawn's son and daughter with Bill Hudson, actors Oliver and Kate Hudson, consider Russell to be their father.

Also view Kurt Russell in the Behind the scenes video, Elvis and Ann-Margret, Viva Las Vegas

Celebs: The Next Generation