The Hoods came to Itawamba County from Alabama in the 1830s, and one Hood family member, Joshua, built a log cabin there. It's believed Minnie Mae Hood was born there on June 17, 1890, to Mary Louisa and William H. 'Buck' Hood. A portion of that log cabin still stands, and there are many Hood relatives still living in the area. 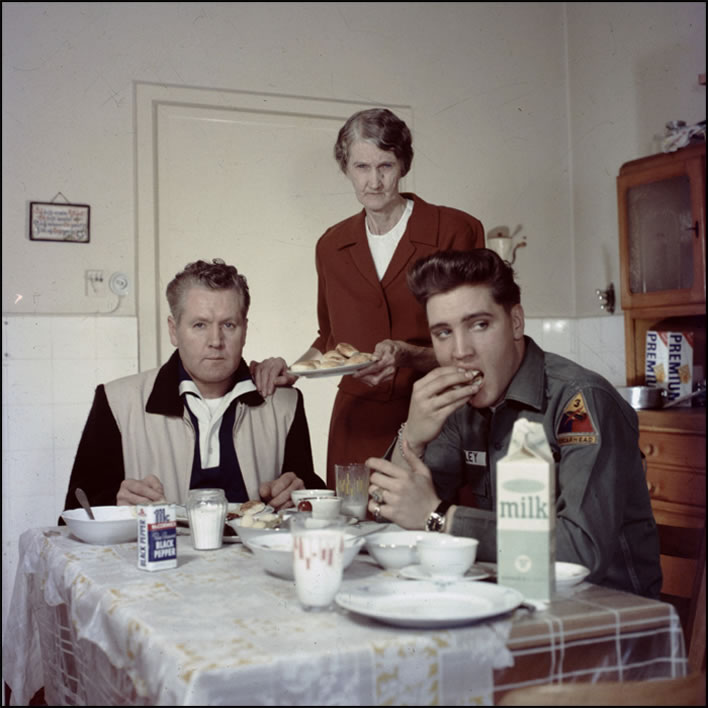 Above, Minnie Mae, center, serves her son, Vernon, and her grandson, Elvis, who at the time was both a superstar and a member of the U.S. Army, in Germany.

Minnie Mae married Jessie D. McDowell Presley on July 20, 1913. The couple welcomed their first child, Vernon Presley, on April 10, 1916. The couple went on to have four more children: Vester, Delta Mae, Gladys Erlene Dowling, and Rev. Nashval Lorene Pritchett (Presley). Minnie Mae and Jessie's marriage slowly declined and the couple unofficially separated; she moved in with her son, Vernon, his wife, Gladys, and son, Elvis. She moved with them when they moved from Tupelo to Memphis, and Minnie Mae and her husband officially divorced in 1954.

Minnie Mae lived with Elvis and his parents at all of their homes in Memphis, including Graceland. She even traveled to Germany with Elvis while he was stationed there. Elvis, always the family man, loved having his relatives so close. Others called her 'Grandma,' but Elvis nicknamed her 'Dodger'. No matter what life threw her way, she always came through it in the end.

Minnie Mae died on May 8, 1980, in Memphis. She is buried at the Meditation Garden at Graceland near her son, Vernon, daughter-in-law Gladys, and her grandson, Elvis. 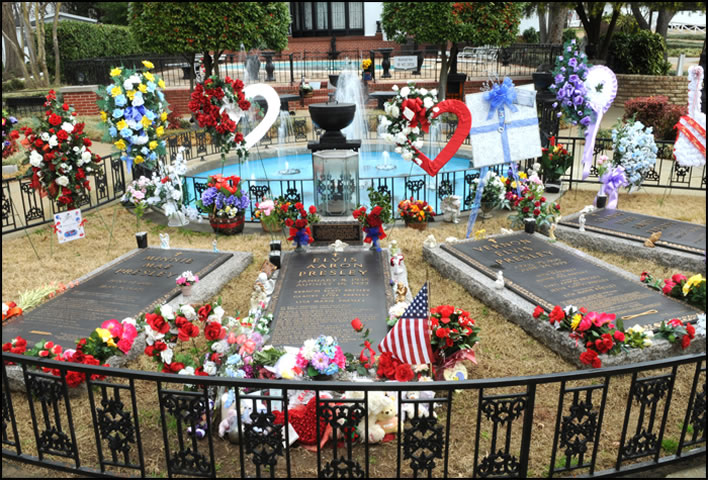 Minnie Mae, Elvis, Vernon and Gladys Presley are all buried at the Meditation Garden at Graceland. 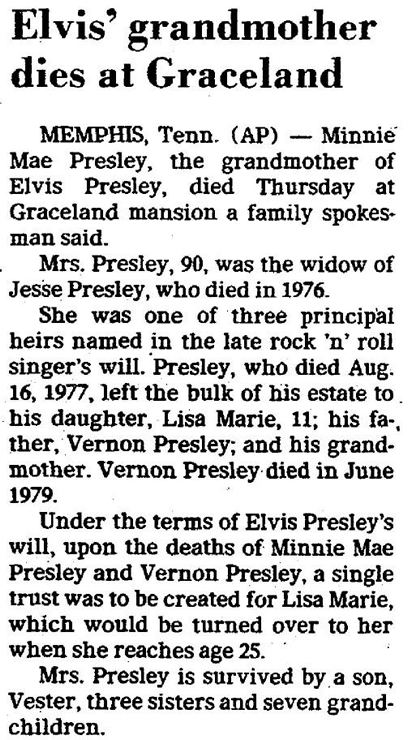 Elvis' middle name, is it Aron or Aaron?