In 1963 Cissy Houston and three other singers formed a backup group that became known as the Sweet Inspirations and performed around the country with various headliners. Despite their touring success, Houston longed for the comforts of home. 'I don't know if the road was really for me', she says. 'My surroundings have to be a certain status or else I'm miserable. Some of those hotel rooms get on my nerves'.

It was during Cissy Houston's soprano obbligato on 'Are You Lonesome Tonight?' that Elvis started laughing at the midnight show on August 26, 1969. Elvis changes the lyrics to be funny, and then cannot keep a straight face the rest of the song. He seems to be somewhat amused by the soprano performance by Cissy Houston's who sings her part perfectly. This performance becomes an underground legend among Elvis fans until its official release on the Elvis Aron Presley eight LP box set in 1980.

'Elvis loved gospel music. He was raised on it. And he really did know what he was talking about. He was singing Gospel all the time – almost anything he did had that flavor. You can't get away from what your roots are'. Cissy Houston. Cissy sang with the 'Sweet Inspirations' from July 31 to August 28, 1969. Read more.

Whitney Houston talks about how she met Elvis back in 1969. 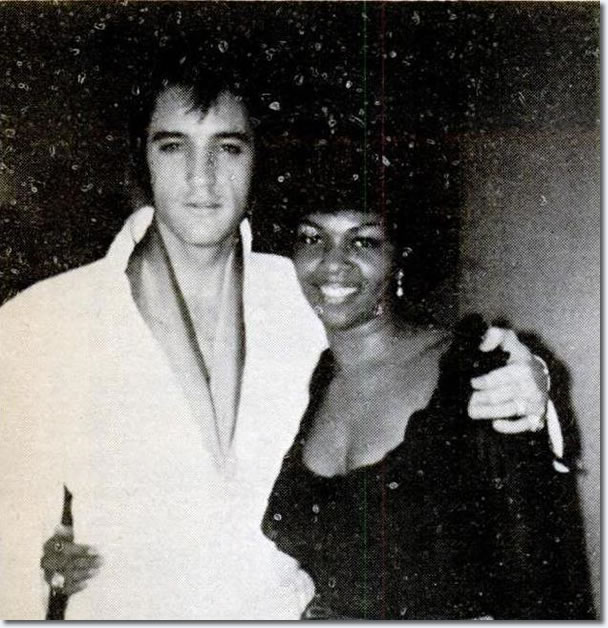