Aircraft of the rich and famous

Top 5 Aircraft of the rich and famous by Business.com.

1/ Elvis Presley - Although he owned other aircraft, Elvis bought his own personal jet airliner, a former Delta Air Lines Convair CV880, in 1975 for the then-substantial sum of $250,000. He named it Lisa Marie after his daughter. Presley had the interior customized with 28 seats instead of the 110 seats with which the type was usually fitted in airline service. 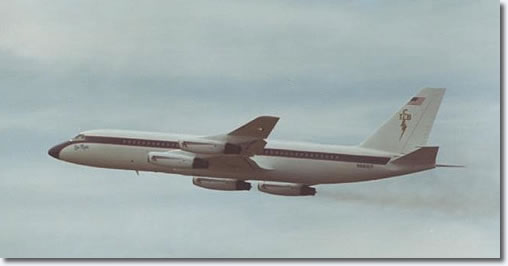 2/ Sultan of Brunei - The head of state of the oil-rich nation, the Sultan bought the aircraft brand-new for $100 million. He had it fitted with a special interior and features such as washbasins of solid-gold and Lalique crystal at an additional cost of some $120 million. The Boeing 747-400 is the Sultan of Brunei's largest aircraft.

The Boeing 747-400 is the Sultan of Brunei's largest aircraft

3/ President of the United States - At present the aircraft used to transport George W. Bush on important state and domestic visits, Air Force One is the property of the United States Government and is the official presidential aircraft. Known as the VC-25A in US Air Force service, Air Force One is a Boeing 747-200B that has been heavily modified with secure communications systems, electronic equipment, a self-contained baggage loader, front and aft air-stairs, and given the ability to refuel in-flight.

4/ Russia's richest man and owner of Chelsea Football Club, Roman Abramovich - After making his money mainly during the privatisation of Russia's oil industry, his private Boeing 767-33A is a common sight at Luton Airport, some 40 miles north of London, where Abramovich spends much of his time. The 767's interior is reportedly fitted out with chestnut and decorated with gold. 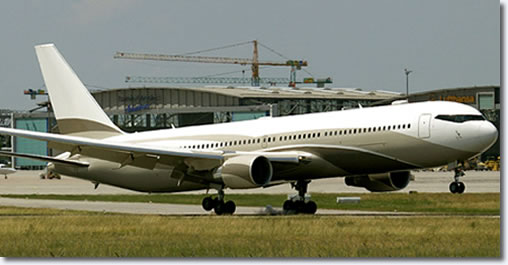 5/ Microsoft founder and chairman Bill Gates - his Bombardier BD-700-1A10 Global Express was built in 1999. It is rumoured that the initials.

https://www.elvispresleyshop.com lists Elvis' Lisa Marie Jet #4 in the Top 10 Aircraft of the Rich and Famous.