Darlene Tompkins first acting role was in Beyond the Time Barrier (1960). She then co-starred opposite Elvis Presley in Blue Hawaii (1961). She had a role in My Six Loves (1963) and played parts in several television shows.

She was born in Chicago, Illinois. Her birth surname was 'Perfect', but her parents were divorced when she reached the age of five and she took the surname of her stepfather. Her family performed in plays and vaudeville, and she had an early goal to be a Hollywood actress. At the age of twelve she was mauled by a dog which left her very self-conscious. To help overcome her shyness, she was entered into a beauty contest by her mother. Her subsequent beauty pageant victories attracted some attention and she appeared in commercials.

Her career was interrupted by a marriage and the birth of two sons. She tried to resume acting again when the marriage ended in the mid-1970s, but by then she was in her thirties and had difficulty landing roles. She has since worked as a stand-in and stuntwoman. Darlene has remarried

Tompkins died on July 18, 2019 following complications of a stroke and was taken off life support.

In this video, Darlene Tompkins talks about how down to earth Elvis was and his unique laugh. 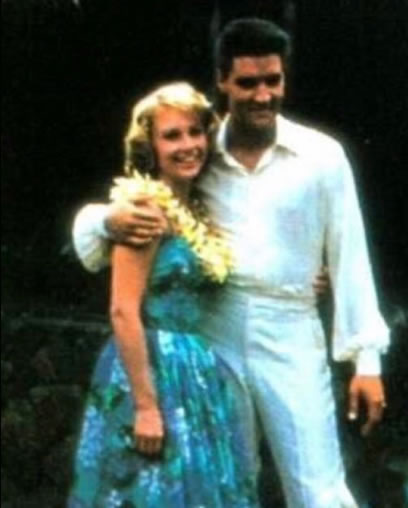