Elvis lives on ... in the form of his grandaughter : Riley Keough

When Elvis Presley first burst onto the scene in 1956, folks were truly in awe of him. He embodied newness, trying something that had never been done before, with just the right dash of naivety and raw talent that defined him as someone who definitely had 'it'. Of course, his good looks certainly helped, but it was a combination of all of these elements that provided him with a type of magnetism which attracted people to him like flies.

Pouring through celebrity images this week, as I usually do in this job, my eyes were immediately drawn to pictures of Riley Keough, granddaughter of Presley, at a Hollywood event (see right). For some reason I couldn't quite take my eyes off her, and I wasn't exactly sure why.

Until it hit me - just like her grandfather before her, Keough possesses that extra something, a definite je nes sais quoi. For all the non-believers out there, Elvis does live on... in the spirit of this 19-year-old girl. 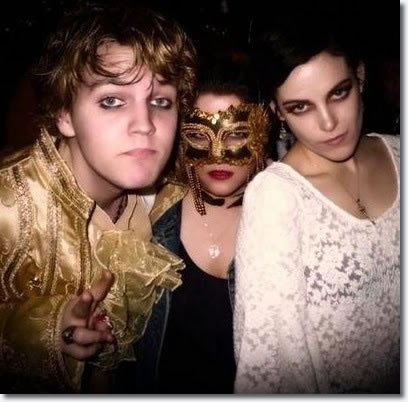