Lisa Marie with Riley Keough May 29

Lisa Marie Presley was photographed on May 29 arriving at the home of her mother Priscilla with her oldest daughter Riley Keough as the mother-of-four enjoyed a day out with her three girls after a difficult few months. It marked one of the very few occasions that the 49-year-old has ever been seen with all of her girls, and was the first time that Lisa has been photographed with her 8-year-old twins Finley and Harper since they were sent to live with Priscilla Presley in February.

Lisa saw the girls during a withvisit to her mother's Beverly Hills home, heading over last Monday with daughter Riley Keough so that the family could celebrate the actress' birthday.

The twins ran out of Priscilla's home as soon as they spotted Lisa and Riley, giving their mom and big sister a hug before the group headed inside. Lisa has seen the girls regularly since they went to live with Priscilla, a point that Elvis' widow stressed earlier this year following reports to the contrary. 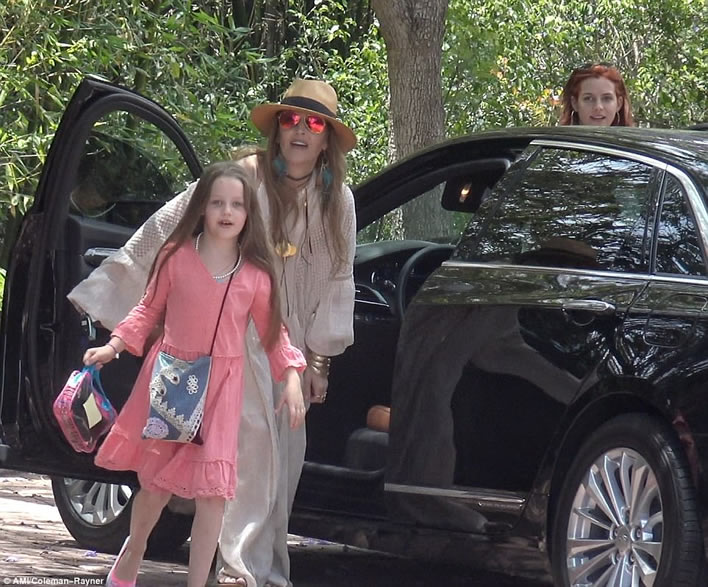 All the king's women: Lisa Marie Presley was photographed on May 29 arriving at the home of her mother Priscilla with her oldest daughter Riley Keough.