'A Date With Elvis' 60th-anniversary edition of 2000 individually numbered copies is available on transparent blue vinyl. 'A Date With Elvis' is Elvis Presley's eighth album originally released in July 1959. It is a compilation of previously unreleased material from an August 1956 recording session at 20th Century Fox Stage One, two sessions from Radio Recorders in Hollywood, and multiple sessions at Sun Studio. 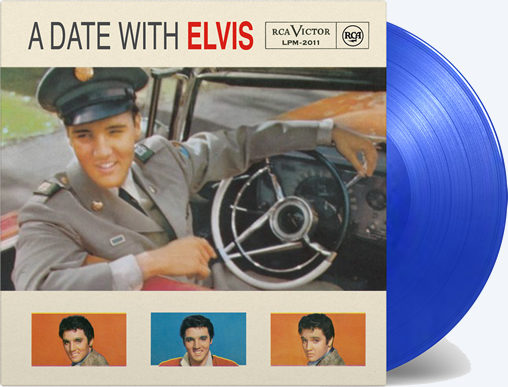