Elvis Presley's pink-and-white 1955 Cadillac, the car most associated with 'The King' and the birth of Rock 'N' Roll music, will roll into Charlotte Motor Speedway to serve as the centerpiece attraction for the April 2-5 Pennzoil AutoFair.

Other than a trip to London in 2015, the iconic Fleetwood sedan - recognized as one of the most famous American-made cars - has not been displayed outside of Memphis since Elvis Presley's Graceland opened for tours in 1982. Currently the car resides in the new Presley Motors exhibit in the Elvis Presley's Memphis entertainment and exhibit complex across the street from Graceland. 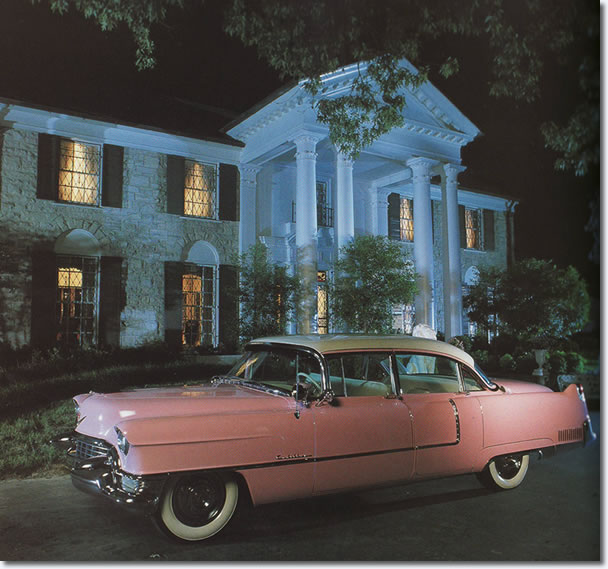 'We are thrilled to join in celebrating the Charlotte Motor Speedway's 60th anniversary', stated Jack Soden, CEO of Elvis Presley Enterprises. 'No doubt that Elvis would be delighted to support the celebration'.

As a struggling, 19-year-old singer in October 1954, Presley and his band began traveling from one performance to another by car. To make the hectic, grinding schedule work, band members often slept in the car between gigs when they weren't taking a turn at the wheel. Band cars had to be large, comfortable, fast, and stylish, which narrowed the field in the mid-1950s to the powerful V-8 engine Lincolns and Cadillacs.

Contrary to legend, the famous pink '55 Caddy was not The King's first car as a traveling musician. In January 1955, Presley bought a 1951 Lincoln, which his bass player totaled in March. The singer replaced the Lincoln with a used, pink-and-white 1954 Cadillac that caught fire and burned on the side of the road in June. To keep Presley happy and mobile, his manager helped the singer finance a new Cadillac Series 60 Fleetwood Special on July 7, 1955.

Cadillac's Fleetwood sedan came equipped that year with a 331ci, 250hp V-8 and HydraMatic automatic transmission. Measuring 227 inches from end to end, it was 2.5 inches longer than today's Chevrolet Suburban full-size SUV and would seat six comfortably. It came standard with luxury equipment such as power windows, power brakes, and a power-adjustable driver's seat for $4,728.