Region Free Blu-ray release of two of Elvis Presley's movies, Clambake and Frankie and Johnny are now available to pre-order at ElvisPresleyShop.com for a strictly limited time only.

Rock n' Roll legend Elvis Presley (Frankie and Johnny) sizzles as a lovelorn million-heir in this riveting and romantic musical romp with eight original Elvis tunes. Vying for the attentions of the lovely Shelley Fabares (Girl Happy, Spinout), Elvis finds himself caught up in a rivalry with playboy Bill Bixby (TVs The Incredible Hulk) against a tuneful background of comedy, romance and speedboat racing. Clambake is pleasing escape entertainment and the wildest party to hit the beach since they invented the beach ball. It's a hip version of The Prince and the Pauper as Elvis relinquishes his oil baron father's fortune and trades identities with a penniless water ski instructor (Will Hutchins, TVs Sugerfoot) to learn about life from the bottom up. Short on cash but long on determination, he repairs a radically designed powerboat in order to win the regatta and the affection of a girl who's determined to marry rich. Gary Merrill (All About Eve) co-stars in this fun-filled comedy musical. 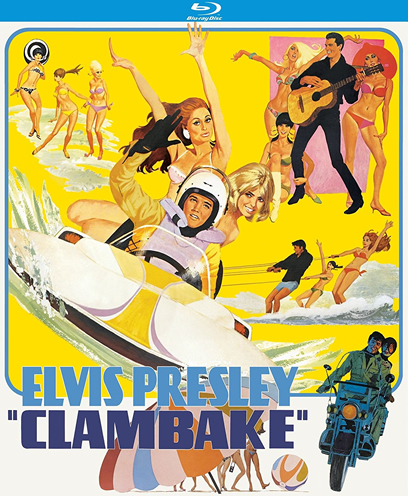 The Mississippi River's never seen as many wild twists as in this spirited and extravagant riverboat ride which stars the King of Rock 'n' Roll Elvis Presley (Clambake) with the lovely Donna Douglas (TVs The Beverly Hillbillies) and featuring hilarious support from Harry Morgan (Support Your Local Sheriff) and eleven original Presley tunes, Frankie and Johnny is a sure-fire romp with pretty girls, toe-tapping score and Elvis all the way. Presley is Johnny, a riverboat singer whose life, according to girlfriend and singing partner Frankie (Douglas), has become 'one great big roulette wheel'. And he's so obsessed with that wheel of misfortune that when a gypsy woman prescribes a redhead to be his good luck charm, Johnny sets out to find one. Trouble is, Frankie is most definitely a blonde... and a jealous blonde at that. When she sees Johnny with curvaceous carrot-top Nellie Bly (Nancy Kovack, Jason and the Argonauts), Frankie decides that she'll break off her romance with Johnny. The wonderful supporting cast includes Sue Ane Langdon (The Rounders) and Robert Strauss (Stalag 17). 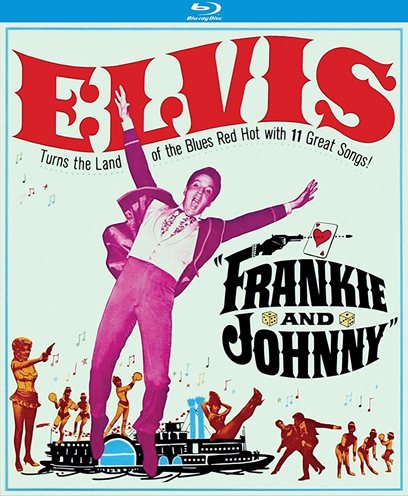