Hugh Jarrett of The Jordanaires Dies at 78

Hugh Jarrett, the bass singing member of The Jordanaires who sang backup for Elvis Presley, died May 31, 2008. Hugh's death resulted from injuries sustained in an auto accident March 25th.

He had been hospitalized since that time. 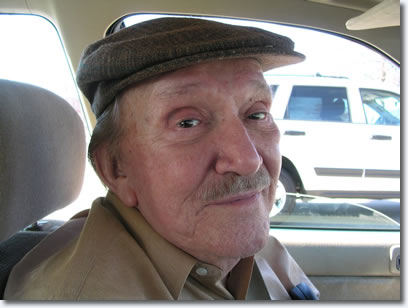 Nashville, Tennessee native, Hugh Jarrett, grew-up in a musical family. In his early teens he formed or participated in local barbershop quartets that competed regularly on the programs at Centennial Park in that city. He began his music career in radio with a brief stint in Greeneville, SC, moving to Jackson, TN where he worked with Wink Martindale, then WKDA, Nashville and WHIN in nearby Gallatin. It was while at WHIN that he staged his first record hop. He continued to sing with various groups in Nashville. 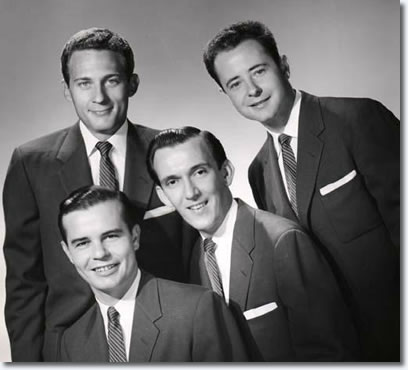 In the early 1950s Jarrett joined The Jordanaires, then members of the Grand Ole Opry, as their bass singer. They toured and recorded with various artists and appeared with Eddie Arnold in a series of weekly television shows from Chicago. It was at an Eddie Arnold concert at Ellis Auditorium in Memphis, that Elvis Presley told Jordanaires member, Hoyt Hawkins, that if he ever became as famous as Eddie Arnold he wanted them as his back-up singers. With his meteoric rise to fame, Elvis' wishes were granted and The Jordanaires became an integral part of his recordings and appearances for the next several years.

The Jordanaires first Atlanta appearance with Elvis was as part of six acts booked at The Fox Theater on March 15-16, 1956. Hugh served as emcee for this and subsequent Elvis shows.

They returned to Atlanta with Elvis for a show at the Paramount Theater June 22-24, 1956. 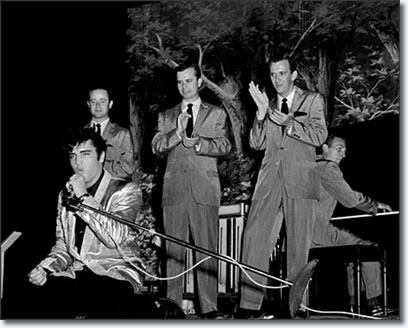 The Jordanaires appeared with Elvis on most of the now famous TV shows, in the movies Loving You and King Creole and on the soundtrack for Jailhouse Rock. Hugh's bass voice is heard on over 50 of Elvis recordings including the ten-plus million selling Don't Be Cruel.

He left The Jordanaires about the time Elvis was drafted into the Army.

Together with Buzz Cason and Richard Willliams, Hugh formed The Statues. They produced the hit Blue Velvet for Liberty records. By 1960 Hugh was back into radio when he joined WLAC in Nashville, and the famous nighttime lineup of Herman Grizzard and John R. While at WLAC he resumed his record hops, but on a much larger scale. The Big Hugh Baby Hops became a major outlet for artists such as Connie Francis, Bo Diddley, Ben E. King, Jimmy Reed to promote their records to crowds of 1,500-2,300 at the National Guard Armory.

Hugh then moved to Atlanta where he joined WPLO and then WFOM with Jimmy Davenport. WFOM supported his successful Big Hugh Baby Hops in the Atlanta area. Then Hugh was off to KBBQ in Burbank, CA, the leading country music station in the LA area. During his three years there he started the Hugh Jarrett Singers and was the singing emcee at the famous country music club, The Palamino. In 1970 Hugh settled permanently in Atlanta. He has worked at WPLO, been emcee for Lanierland, served as Artist Relations Manager for Bill Lowery Music Group, hosted local television and radio shows, been voice talent for commercials and documentaries, and starred in Heat of the Night with Carroll O'Connor and Murder in Coweta County with Johnny Cash.