British crooner Engelbert Humperdinck says he was inspired by Elvis, lucky to have a wife who did not mind women throwing panties at him, and once fired a manager who made him second fiddle to rival Tom Jones.

He said Elvis Presley was one of his biggest musical influences. They met many times when both were performing in Las Vegas and became good friends. 'Elvis was a true and generous gentleman, who always was warm and embraced people that he was close to. I was always impressed that Elvis would look you right in the eye when he talked to you. He was sincere in everything he asked you. I learned about humility, charm and how to work an audience from watching Elvis in concert. If you're going to steal - and every performer does it from someone at some time - then steal from the best, which Elvis was', he said. 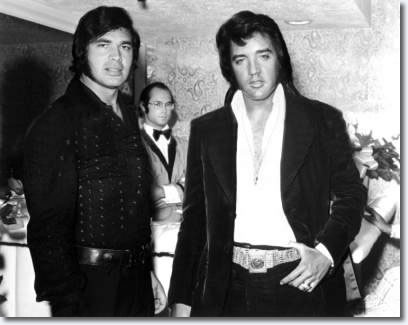