Paramount Pictures announced today that it will introduce a new 'Paramount Presents' label to recognize and celebrate films from the studio's vast and storied library.

The 'Paramount Presents' banner will be used for a new line of collectible Blu-ray Discs incorporating a curated selection of enduringly popular movies, as well as films that had a cultural impact upon their release. Among the first three films in the Blu-ray line is be the acclaimed Elvis Presley drama 'King Creole'. The first three titles will be available beginning April 21, 2020.

'Paramount's library represents over a century of filmmaking and includes some of the greatest films in cinematic history', said Bob Buchi, president, worldwide home media distribution, Paramount Pictures. 'We look forward to opening the vault and sharing some of our most treasured films with fans under the new ‘Paramount Presents' banner, both in theaters and in our new Blu-ray collection, which has been crafted to offer something special to casual fans, dedicated film enthusiasts, and collectors'.

Designed for fans and film lovers, the new line of 'Paramount Presents' Blu-ray Discs will include a diverse and eclectic array of films spanning all genres.

The new collection will return each title to the spotlight with meticulously remastered releases that include brand new bonus content focused on the filmmakers. Presented in collectible packaging that includes a foldout image of the original movie poster and interior artwork featuring key movie moments, each Blu-ray in the Paramount Presents line features new interviews with filmmakers and/or celebrated film historian Leonard Maltin. 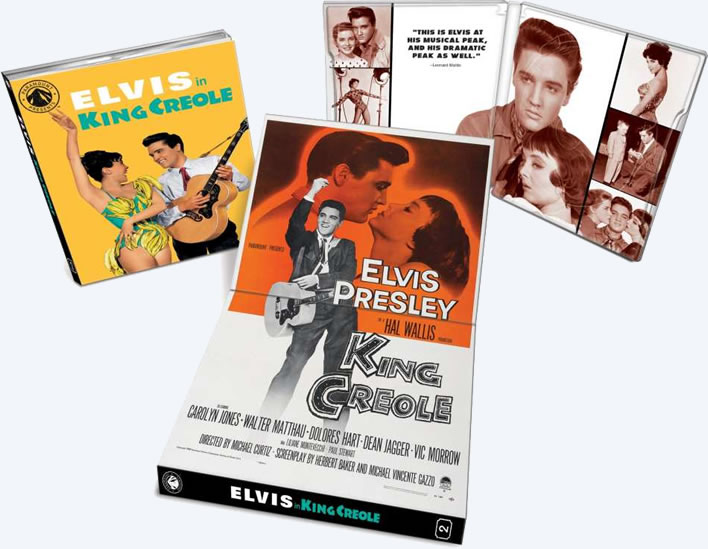