Peter Hann of 'It's Elvis Time' has Died

It is with great sadness that I write of the death of Peter Hann of the Dutch 'It's Elvis Time' fan club. Peter died on January 7 after battling ill health for some time. He was 72. Peter became a member of 'It's Elvis Time' in 1962, later becoming Club President in 1981. In 2010 his then girlfriend Freia succeeded him as President.

Peter received a special tribute in Memphis, Tennessee on 10 August 2007. From the mayor's hands he received the key of the city and he was appointed honorary citizen of Memphis and Shelby County. Also in the birthplace of Elvis, Tupelo, Mississippi, he was appointed honorary citizen because of his merits. In addition, he had regular meetings with, among others, Priscilla Presley and other Elvis family members.

Peter and Freia were married in 2013. It is at Peter's express wish that she will continue his work and the fan club.

Peter Haan will be buried in private on Thursday 11 January.

There will be a public commemoration service that day from 13:45 in the Village House 'The Old Weapon', Hoofdweg 70 in Blijham, near Groningen (The Netherlands). The family has indicated that it wants to process this loss in peace and quietly and invites interested parties who are present at the public memorial service - if not personally invited - not to go to the cemetery and ask for your understanding.

I have known Peter for around 18 years and while we never met we did talk on the phone many times over the years. He was always a pleasure to work with, his honesty and easy-going approach made it easy to consider him a 'friend'. His death is a big loss to the 'Elvis world' and a very sad day here at 'Elvis Australia'.

My thoughts are of Peter, and of course Freia and family during this time. 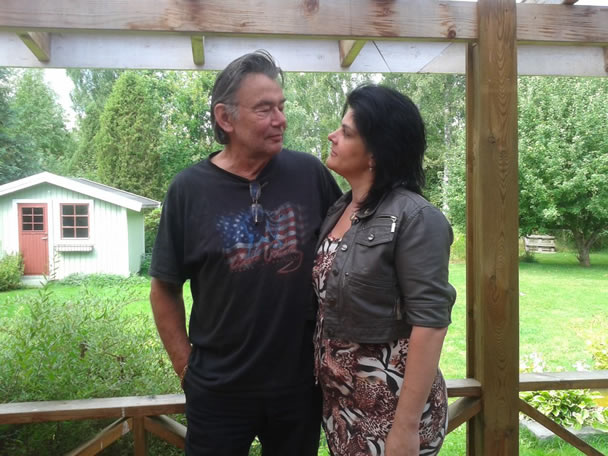