Elvis Presley Enterprises Inc. and Memphis' award-winning newspaper, The Commercial Appeal, are proud to bring Elvis fans, historians, music lovers, and everyone who loves Memphis an exciting new book, 'Elvis Presley's Memphis'. Both entities have opened their significant archives and discovered photographs, documents and news stories that share Memphis through the eyes of the King of Rock 'n' Roll.

The book contains photos, articles, artifacts, and front pages supplied by The Commercial Appeal and EPE.

175 + photo's from the archives of Graceland and The Commercial Appeal

As I journeyed yet again through the life of Elvis Presley, this literary trip built upon the context of Memphis, I was happy to find some new insights into the man. This is not the average Elvis coffee table book - you know, the ones that shuffle around the same photos and text from last year's variation. 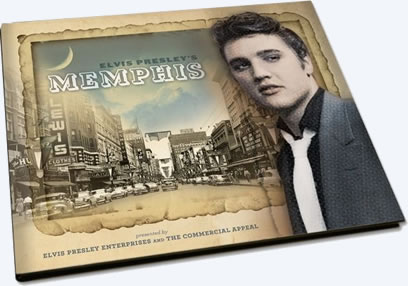 That Elvis Presley's Memphis is different is evident right from the start. The cover is hardly typical of those of other Elvis books, which tend to be rush jobs consisting of a common photo of Elvis with a title slapped above it. 'It doesn't matter what it looks like, fans will buy it because its Elvis', seems to be the mentality.

Instead, this book features a creatively designed, beautiful cover featuring a lesser-known photo of Elvis superimposed against a vintage 1951 backdrop of Main Street in Memphis. Look carefully at this work of art and you'll see the Loew's State Theater is playing Father's Little Dividend, starring Spencer Tracy, Joan Bennett, and Elizabeth Taylor. Within the book, you'll find a photo of Elvis at the same theater in 1950, when he worked there as an usher until fired by manager Arthur Groom for getting into a fight with a co-worker.

Elvis apparently held no hard feelings for his former boss, for another photo shows him with Groom several years later for the 1957 Jailhouse Rock premiere - at Loew's State Theater. His first movie, Love Me Tender, also premiered there in 1956. Business must have been good at Loew's with that kind of publicity.

Imagine how it must have felt for Elvis to watch himself on screen at the same movie theater he worked at only years before. 'When I was a child, I was a dreamer, I saw movies, and I was the hero in the movie' ...

The bind between Elvis and Memphis is indeed strong, but perhaps no stronger than at Graceland, the home he purchased there on Highway 51 South in 1957 as his rising fame literally chased him out of his previous neighborhood on Audubon Drive. Could the 22-year-old ever have dreamed that Memphis would one day rename the street in front of that mansion in his honor?

Only twenty years later, Elvis would spend his last days at Graceland on Elvis Presley Boulevard. 'When the news of Elvis' death was heard over the police radio, the entire force felt they had lost one of their own', writes Robert Dye in a section called 'Memphis Beat'. You see, Elvis' renowned collection of police badges was more than just a hobby. Though they may have indeed been honorary, those badges meant something real not only to him, but also to those who bestowed them - none more so than the Memphis police. While stories of Elvis' generosity are legendary, there are some here involving the police that are worthy of the spotlight placed on them by this book. Elvis had his flaws, as do we all, but I remain proud to call myself a fan.

From a boy who had little in the way of material possessions to a man who could afford to buy seemingly anything - go-karts, motorcycles, cars, and even airplanes - the life of Elvis in Memphis is detailed in a series of occasionally repetitive articles. Much of this book is about Elvis having fun, for while he sometimes worked in Memphis, it more often served as his playground, a place to unwind and relax. Some of the stories are new, while others are reprinted from The Commercial Appeal or The Memphis Press Scimitar newspapers. Most are well-written and informative, though a few appear to be excerpts or sidebars from longer pieces and include chopped bits of information that go no deeper than the typical travel brochure for Graceland.

While Elvis is the focus, the book also paints a portrait of Memphis as a whole, including in a running timeline not only significant events in Elvis history, but significant events in Memphis history as well. The two are often intertwined. 1968's entries include: 'April 4: Martin Luther King is assassinated at the Lorraine Hotel in Memphis. Elvis is in California. June 23: Elvis records If I Can Dream'.

Filled with truly rare documents and photos, including one of Elvis visiting his mother's grave, 'Elvis Presley's Memphis' is a standout among the many printed works about this often misunderstood man. 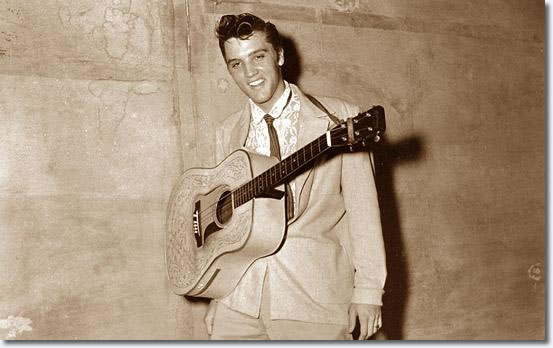 This was Elvis' second Shell appearance, his first being July 30, 1954. The photographer, Robert W. Dye, photographed Elvis from February 6, 1955 until September 29, 1956 throughout Memphis. This is one of hundreds of photos of Elvis in Memphis that will appear in 'Elvis Presley's Memphis'. 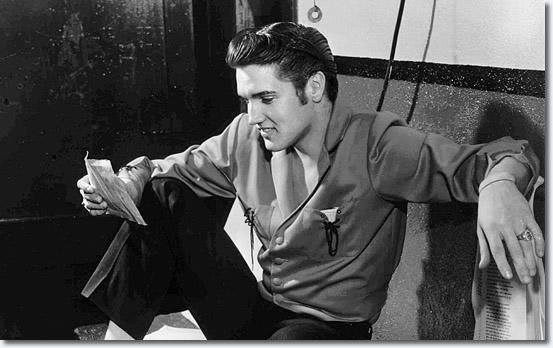 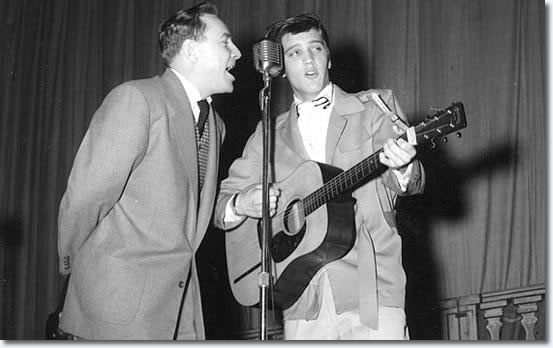 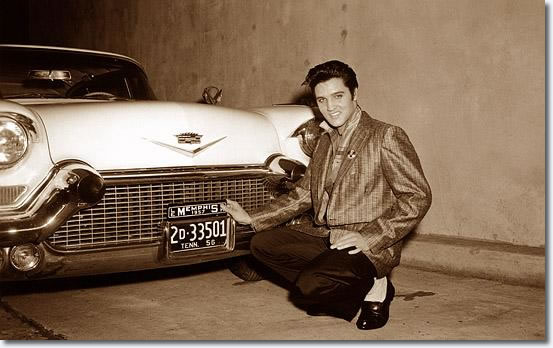 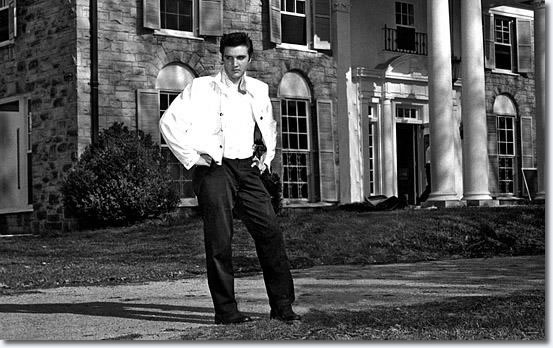 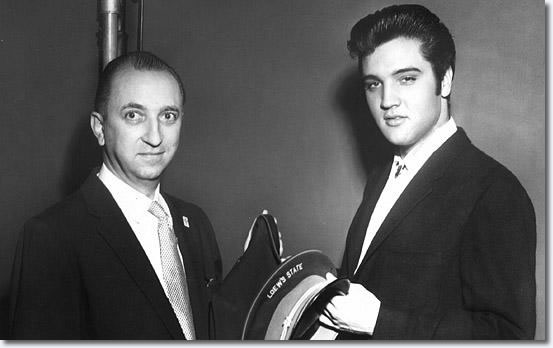