With I'll Remember You, FTD finally gives us a brand 'new' show from February 3, 1973 Midnight Show in Las Vegas. Before the release, incorrect 'rumours' were going around that this would be the Dinner Show of the same date, that was already released way back on the Fort Baxter's It's a Matter Of Time CD release in 1993!

Fortunately Ernst delivers not only a brand new show, but obviously from the superior recordings 'available' he picked one with excellent sound : it just as good a sound as the Dinner Show recording.

The cover and inside photos feature Ed Bonja photos from this season with Elvis still looking good in his 'Target suit'. In fact Elvis performed and sounded 'good' for the first two, and the last week of this four week season (He was 'vocally badly impaired' during the third week as he was not well. Thus a recording from the start of the second week isn't a bad choice and it is indeed fortunate that the Colonel insisted the shows from the 2nd and 3rd of February were recorded!

My family and I saw Elvis this night at this VERY concert! When I saw it was available, I told my sister and we were giddy to see we were going to actually own this. Great concert and highly recommended. If What Now My Love and American Trilogy don't send chills up and down your spine, nothing will! Elvis at his best. Rock on, E!

Stephie (6/29/2009)
A terrific show by all standards. Elvis is having a fabulous time this evening. I think FTD needs to put more shows out from 1973. There are a ton of shows from 1974 so we don't need too many more of those, but I'd love to see some concerts from Lake Tahoe or from his city tours.

Jeff Vecchitto (3/8/2009)
Like Bill this is my first FTD. Not knowing the sound quality I've been hesitant to purchase an FTD. All I can say is money well spent! This CD is fantastic! Though I have one complaint I wish 'Also Sprach Zarathustra' was included to make it a complete concert. I don't know why FTD listed it because it's not on the recording. FTD has now earned another loyal customer. 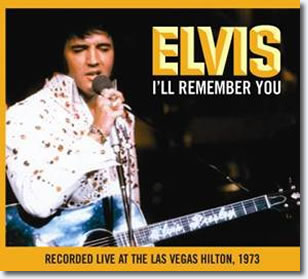 Listening to the show, the 2001 intro is missing and its straight into an okay version of See See Rider. I Got a Woman next proves to be worse than the D/S because (as he admits afterwards) he forgot the words, however the sound is excellent - clear with Elvis up front with musicians and other Vocalists nicely mixed, but J.D Sumner quite prominent (which I don't mind to much compared to Charlie Hodge!) Until Its Time For You To Go suffers (as do most versions from audience interaction as Elvis greets them) this version pales when compared to the very strong Vocal on the September 2, 1974 M/S version.

You Don't Have To Say You Love Me is a decent version but not as strong throughout as the D/S. Steamroller Blues sounds 'great' with Prominent brass, but certainly no improvement above the D/S version.

You Gave Me A Mountain is better next up. Fever is 'average' and yet Love Me receives a stronger ending. Blue Suede Shoes is above average and nicely paced. Love me Tender is passable whilst Johnny B Goode is okay.

Hound Dog receives the Ed Sullivan intro and the slow/fast treatment but again is forgettable. What Now My Love is a show 'highlight' being 'strong' throughout and J.D coming in too.

Suspicious Minds ends a bit longer here and its obvious (listening) that this M/S crowd got a bit of Karate tonight (at the ending) in a better version than the D/S.

Introductions are over super fast and we are straight into a strong version of I Can't Stop Loving You (which ends in mic overload) An American Trilogy is another show highlight being perfect and even has a brief comment of 'yeah baby' from Elvis as it builds making a superb version. Can't Help Falling In Love receives a stronger ending tonight and after a quick closing vamp this very short 45 minute concert is over!

Bonus tracks are the February 2, 1973 M/S Sweet Caroline (in better sound than released on the in correctly dated Don't Think Twice Its All Right Madison release) and from the February 3, 1973 D/S I'll Remember You.

More soundboard's and 'sound booth' tapes exist from this season but Ernst (much like he did with August 1972) has given us HERE the best sounding unreleased show + the 2 different tracks in the same quality also.

This concert has been a pleasure to repeat listen too (due to the excellent sound). Thus I must recommend I'll Remember You, not really for any content (as it's the same as Aloha From Hawaii) with 'Until its Time' swapped from 'Burning Love' and it is an extremely short show too, but for the sound quality clear throughout!

Dialogue from Elvis is almost non existent (apart from the pre-closing line and commenting that 'it's hazardous up here' during Love Me Tender) and he stuck to straight singing throughout. Later on I'd like to hear another FTD release from Elvis' last week but I'll Remember You clearly - well represents his show in the first two weeks and above all else is highly listenable.

Also Sprach Zarathustra
See See Rider
I Got A Woman / Amen
Until It's Time For You To Go
You Don't Have To Say You Love Me
Steamroller Blues
You Gave Me A Mountain
Fever
Love Me
Blue Suede Shoes
Love Me Tender
Johnny B. Goode
Hound Dog
What Now My Love
Suspicious Minds
Introductions By Elvis
I'll Remember You
I Can't Stop Loving You
American Trilogy
Can't Help Falling In Love