'That's The Way It Is' and 'Elvis Country' were two of the most artistic albums in Elvis' career. What makes them special, is a true concept behind the selection of the songs. 'Love Letters' could not live up to this high standard, since it was a strange mixture of songs, that could not make it on the 'TTWII' and 'Country' releases in the first place, for reasons of available time, quality or strategy. However it is and does deserve to be a popular album in it's own right. The concept of eleven love-letters doesn't really fit to these songs, still this album is one of the most loved-ones among Elvis fans. These three albums certainly belong together, and the FTD crew once again proves its love for the artist Elvis Presley, by releasing all three albums within the same year ('Elvis Country' has already been announced), without even needing a 40th anniversary for this project.

The sound quality reminds of the 'That's The Way It Is' (FTD) release.

Again we have some surprises. Ernst Jorgensen and his team already gave us some never heard before mixes on 'That's The Way It Is' (FTD). Patch It Up (studio) and I've Lost You (studio) were new mixes, drums in the middle, strong and powerful, fitting for the sound of the outtakes, and different to the 70's Masters Box, that released them in the original 70's style. Surprisingly, for the first time, we could also hear Something in the old mix, as it was supposed to appear on the original record. I never heard it that good! For reasons of historical content, the exact same version has been released on 'Love Letters' now for the second time. For the first time ever we can hear the original stereo single version of Rags To Riches. This song has been released for the first time in stereo on the Elvis Aron Presley Silver Anniversary Box, remixed differently by Joan Deary. The '70's Master Box' cut the piano intro, and left out the backround vocals. This new version is the No.1! 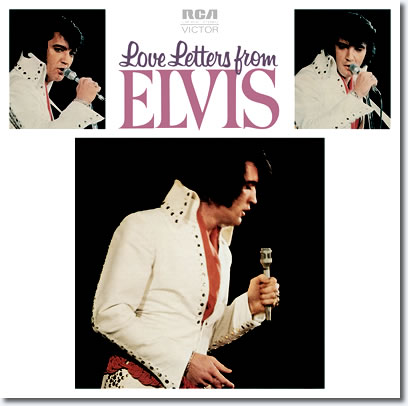 The highlights of the 1970 studio session outtakes have been released on 'Nashville Marathon', A Hundred Years From Now, 'Today, Tomorrow and Forever' and 'Platinum'. Now all previously released versions have been newly remixed. It's really a question of personal taste, since the new mixes add more echo to Elvis' voice and moved some instruments to the left or right side, so you can hear them more clearly. The overall stereo feeling has been improved. Furthermore the careful listener will find out, that previous released outtakes have been edited in their first release, correcting some 'motherf...' or singing mistakes. Take a look at I'll Never Know (take 1) or Got My Mojo Working. They have sounded more perfect before, but here we have the uncensored Elvis including even the rehearsal of Rags To Riches: The usually relaxed mood of the June session changes here, in September, into something different, kind of an angry and overacting atmosphere. Although it doesn't show Elvis in his best, I guess, everyone, who read Ernst' book 'A Life In Music', usually wants to know, what this session sounded like. The idea, to separate the first takes, like on some 60's release, works out in a different way. On the 60's albums we could find some real diamonds among the first takes.

Here they just might have disturbed the high quality of the outtakes on CD 2.

There are some real treasures upon them, like the Sylvia session, like the fun of The Yellow Rose Of Texas, between recording If I Were You, and most extraordinary, of course, the undubbed masters. So sad we can't get them all, but since the master takes were cut from the session tape for further overdubs, they rarely are available. Luckily we can hear the Heart Of Rome undubbed master, that shows for the first time, that the master take has been spliced, since Elvis' voice cracks at the end. What a take, though usually a silly song, and it's amazing, what Elvis makes out of it. A spliced 'undubbed master' version would have been a nice bonus.

'Something' recorded live at the midnight show on August 11, 1970. The International Hotel, Las Vegas.