Why Riley Keough, aka Elvis' Granddaughter, is One to Watch in 2016

Riley Keough, star of the upcoming Starz series The Girlfriend Experience and daughter of Lisa Marie Presley, was captivated by her mother's magical closet growing up. In InStyle's January issue, Keough reveals how her one-of-a-kind upbringing informed her own eclectic taste and gives us the scoop on her buzzy new show.


With her lanky frame, sharp cheekbones, and famous DNA (Elvis and Priscilla are her grandparents; Lisa Marie Presley and musician Danny Keough are her parents), Riley Keough looks like someone who would stand out in a crowd. But shockingly, no. When she enters the bustling lounge of a New York hotel, clad in a loose-fitting sweater, slim jeans, and woolly boots, she blends right in. 'I've sat next to people on a plane while they're watching Mad Max: Fury Road and they have no idea', says the 26-year-old actress, referring to the 2015 hit in which she played the scarlet-haired wife on the run. 'I like it. My goal is to not lose the ability to get a coffee'. 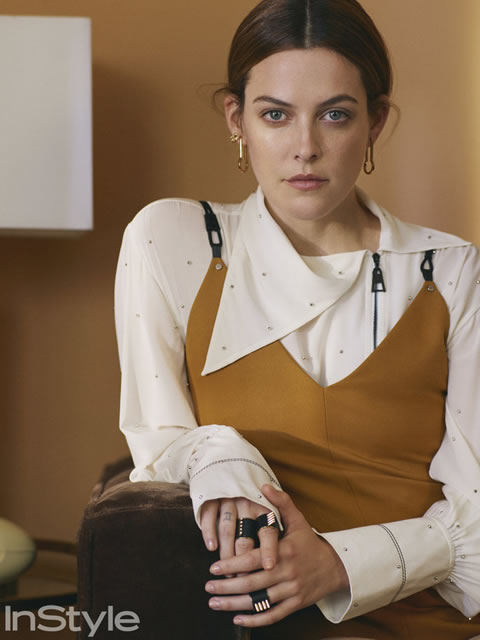 After audiences encounter Keough's new Starz series, The Girlfriend Experience, she might need to start stocking up on caffeinated pods at home. Steven Soderbergh created the 13-episode show, inspired by the 2009 film, with Keough as Christine, a law student and an intern at a prestigious firm who becomes an escort in her spare time. 'It's a nonjudgmental look at someone who's doing this kind of thing', Keough says, shrugging off the more explicit scenes she filmed with equal magnanimity. 'I don't care about nudity'. 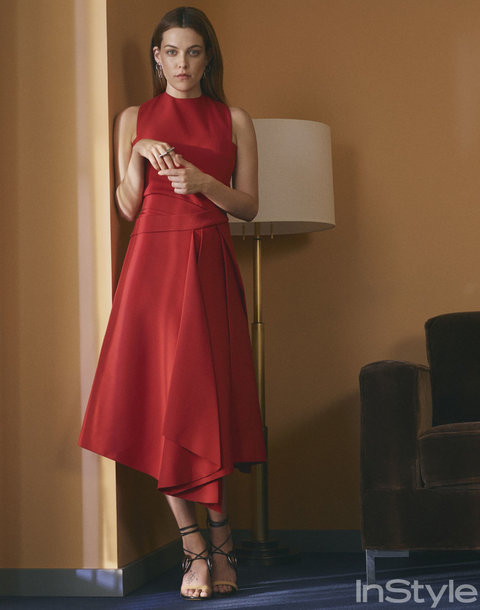 Perhaps her unconventional upbringing - Keough grew up mainly in Hawaii, and her stepfathers included Michael Jackson and Nicolas Cage - helped shape her laid-back views. Her mother's wardrobe certainly piqued Keough's interest in fashion. 'When I was younger, I was obsessed with my mom's closet and would try on all her stuff', she says, adding that she and Presley are still the same size. At age 12, Keough booked her first paying gig as a model, a campaign for Tommy Hilfiger. 'I bought a Fendi purse with my first paycheck', she remembers. 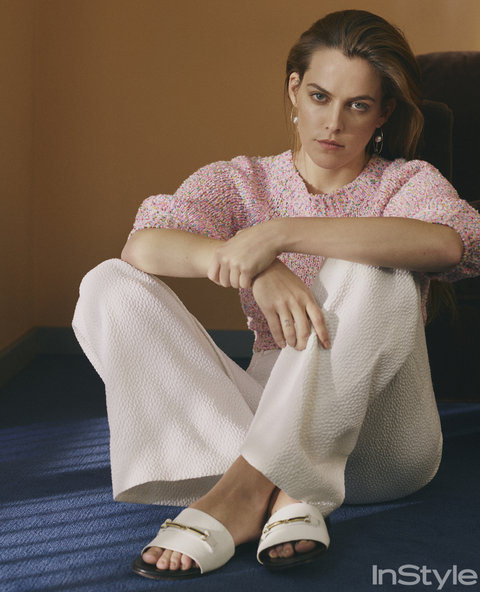 When it's time to grace the red carpet (she'll have plenty of opportunity with three films, American Honey, We Don't Belong Here, and Lovesong, out in 2016), she prefers Chanel, Dior, and Louis Vuitton. But her all-time favorite look? The prim lace Delphine Manivet dress she wore last February to wed Australian stuntman Ben Smith-Petersen. 'It's not realistic for me to live in Australia at the moment' - the couple resides in L.A. - 'but I'd love to end up there'. Until then, she has her French bulldog, Grubs. 'He's part koala and part alien', she says. 'I love him like he's my son'. 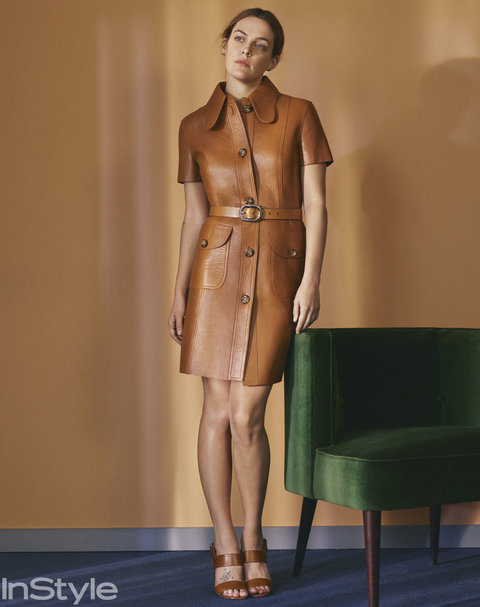 A few days ago, the British fashion designer Stella McCartney presented the new fashion for fall 2016 for the building of Amoeba Music on Sunset Boulevard in Hollywood, California. She is the second daughter of Beatles singer and bassist Paul McCartney.

At the presentation in Hollywood, there were plenty of famous attendees such as Gwyneth Paltrow, Johnny Depp, Leonardo DiCaprio, Orlando Bloom, Mary J Blige, Ringo Starr, Katy Perry, Kate Hudson, Melanie Griffith, Quincy Jones, Beck, Pamela Anderson, Rashida Jones, Nicole Richie, Emilia Clarke, among many others. Elvis' granddaughter Riley Keough was present who was dressed in a beautiful black dress. It is not the first time that a model Riley Keough appears at fashion shows, because she is sometimes spotted at Fashion Weeks in Paris.