Felton Jarvis, who was Elvis' record producer from 1966 to 1977, was born Charles Felton Jarvis in 1934, in Atlanta, Georgia. The first time Felton saw Elvis was while Felton was serving in the US Marines in Norfolk, VA, in 1955. Elvis appeared on stage as part of Hank Snow's 'All Star Jamboree'.

Felton became fascinated and inspired by the young and still relatively unknown Elvis. Felton learned to play the guitar and yearned to be like Elvis. Felton said, 'I could shake my leg, but I couldn't sing'. However, in 1959 he did record an Elvis tribute song called Don't Knock Elvis. 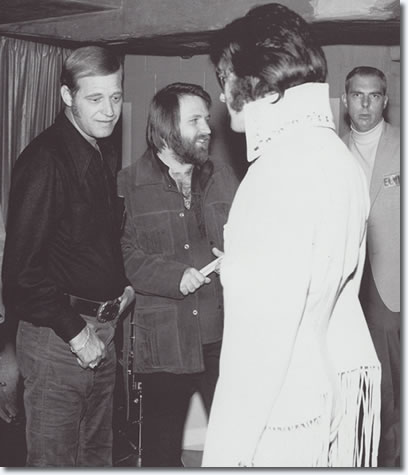 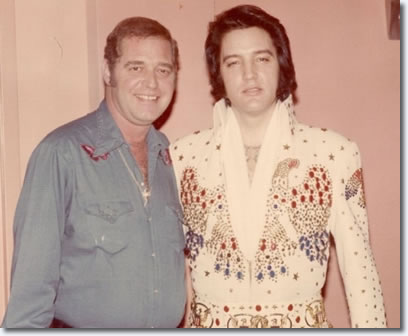 After the service, Felton worked printing sheet music for National Recording Corp in Atlanta. He hung around the recording studio and learned about the music business. One day an engineer quit and Felton was hired to replace him. However, his desire was to become a promoter and producer. In 1962 he discovered an Elvis sound-alike, Marvin Benefield. Felton groomed him for stardom, changing his name to Vince Everett in honor of Elvis' character in the movie Jailhouse Rock. Everett had some success with a remake of the song Such A Night. Felton also had success with producing Tommy Roe's million-seller Sheila. In 1963 he moved to Nashville while working for ABC/Paramount Records. By 1965 he was working at RCA in Nashville.

Felton was known for his upbeat personality and Chet Atkins, who had been producing Elvis' records, thought Felton would be better suited to the all-night recording sessions that Elvis preferred. So, in 1966 Felton finally met his inspiration face to face. They hit it off and worked well together. Felton understood Elvis and what he wanted in a mix. He knew Elvis wanted the instruments to be louder and that he wanted his records to have a 'bigger sound'. Felton was known to be a practical joker and to be somewhat eccentric. He had a passion for exotic animals and at one time owned a tiger and an ocelot. He had a grass hut built in his office to house his pet anaconda snake. In July of 1969 he married Chet Atkins' secretary Mary Lynch. After only a three-day honeymoon he was working with Elvis in Las Vegas. In June of 1970 he quit RCA and became an independent contractor, working exclusively with Elvis on his studio recordings as well as live concert recordings. He would hire musicians, rehearse the band and make all the arrangements for recording. 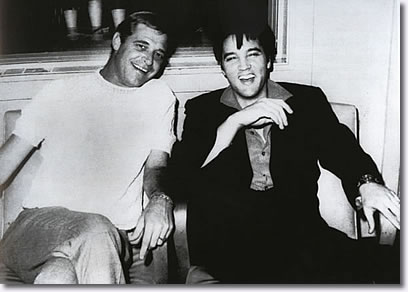 By July 1971 he became very ill and started experiencing kidney failure. He supervised Elvis' live recordings of February 1972 in Las Vegas although he required dialysis several times a week.

Elvis arranged and paid for a kidney transplant for Felton in October 1972.

Felton Jarvis died at the age 46 in January 1981 after having suffered a stroke in December. Over the years he had worked with other well-know artists such as Willie Nelson, Jim Ed Brown, Floyd Cramer, Loyd Price, Fats Domino, Gladys Knight and the Pips, Carl Perkins and Ronnie McDowell. In an interview he once said, '... to be associated with Elvis is the greatest thing in my life. I once told him I liked the watch he was wearing. He took it off and gave it to me. He is a great person... I don't think anyone will ever equal Elvis as a performer'.