If Elvis Presley lived, perhaps he would still visit Denver, where it turns out 'The King' struck up some close friendships in the 1970s. Elvis was even made an honorary captain on the city's police force.

Robert Cantwell first got to know Elvis in 1970 while working as a guard in a hotel the night Elvis played the Denver Coliseum. When Elvis emerged from an elevator, Cantwell wasn't sure it was him. So he asked for identification.

'He was definitely a country, Southern gentleman', Cantwell tells Colorado Matters host Ryan Warner. 'Off the stage he was a different Elvis. He was a superstar on the stage and a super friend off the stage'.

For more memories of Elvis' time in Denver, Warner also spoke with Nick Andurlakis, the owner of Nick's Cafe in Golden, who made peanut butter and bacon sandwiches that Elvis ordered dozens at a time.

Details from the interview:

Elvis had a well-documented fascination with police badges and uniforms. He showed officers his gun collection, bought a Denver police uniform and was photographed in it by Cantwell. 'He always thought he would become a police officer, but these were his words, 'God blessed him with a voice', Cantwell says.

Elvis gave away cars, including a Cadillac to Cantwell, who worried about the message it might send. Cantwell only accepted the car after Elvis became upset that he wanted to turn down the car and insisted Cantwell accept the gift as a token of true friendship. 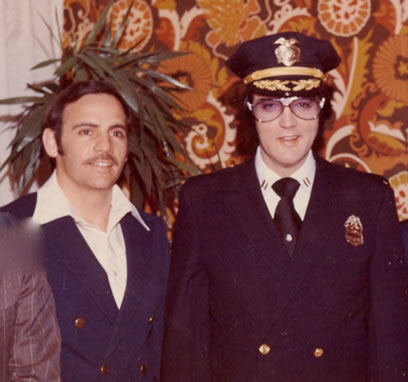 Upon hearing that Denver police officer Merle Nading was killed on East Colfax Avenue in the line of duty on Oct. 3, 1971, Elvis donated $5,000 to help complete a memorial gym for officers.

Andurlakis, at the time a 16-year-old cook at the now-closed Colorado Mine Co. restaurant in Denver, introduced Elvis to the Fool's Gold sandwich. The sandwich consists of one pound of peanut butter, one pound of jelly, one pound of bacon, and one pound of French bread. Presely ate half a sandwich the first time he tried it. He later ordered two dozen more for his daughter Lisa Marie's birthday.

Cantwell said in 1977, upon hearing of Elvis' death, he went to Graceland with his police partner. The two found themselves at the side of Elvis' casket and Cantwell touched Elvis' body. He foresaw that rumors would emerge about whether Elvis had really died. 'Somebody's going to say something and I'm going to say, 'Yeah, I touched him. I know. He was cold', Cantwell says. 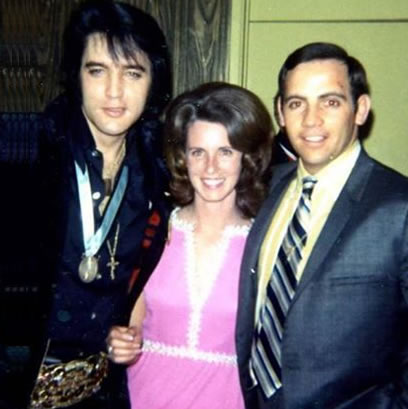 Elvis Presley with Deputy Chief Robert Cantwell and his wife. 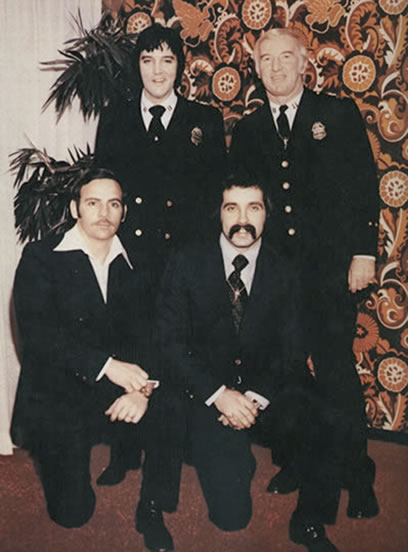 Elvis Presley and the Police

Elvis Presley was pulled over for speeding on April 3, 1955

Elvis Presley on a plane to Denver to collect a police badge: November 1970

Elvis Presley with the daughters of the Denver Police Chief: November 25, 1970