Here we have a 1957 Telegram from Elvis Presley to a young Fan. The young fan was Kristen Peterson, daughter of actor Arthur Peterson, a veteran actor of radio and film, perhaps best known as 'The Major' on the quirky, cult-classic TV series 'Soap'. Kristen had a grand dream - to invite Elvis to her birthday party! Elvis was at the height of his pre-Army career in early 1957 and had to politely decline the invitation. Kristen's disappointment must have been mitigated somewhat by a telegram from the King of Rock and Roll, with the closing, 'All My Love, Elvis Presley'! 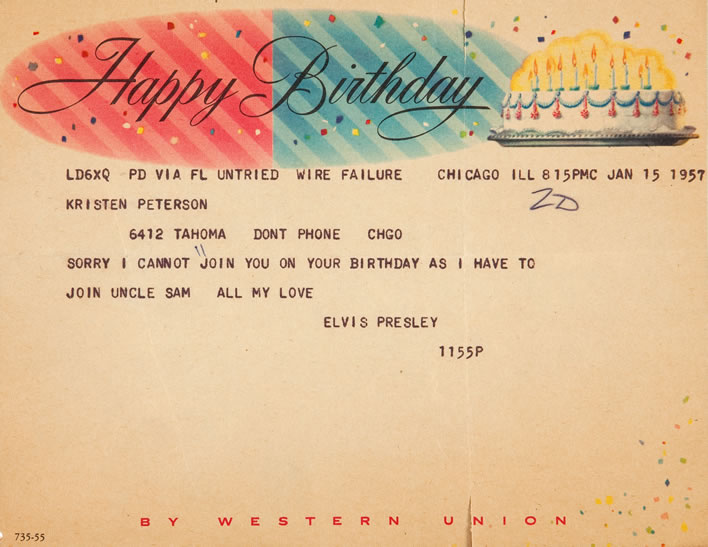 Elvis Presley displays the toy pistol that caused him some trouble | March 22, 1957

May 1957 | The Jailhouse Rock Recording Sessions