There are those who say that Dakota Fanning is capable of anything, but can she do an Elvis impersonation? In Hound Dog, Dakota playes a young girl, the victim of abuse, who tries to keep her life together by singing and dancing like Elvis.

The 12-year-old Fanning was most recently seen in 'Dreamer' (As Kurt Russel's on-screen daughter) and 'War of the Worlds' with Tom Cruise, though she has 'Charlotte's Web' set for a holiday season release.

Dakota was the voice of Lilo in 'Lilo & Stitch 2: Stitch Has a Glitch'. 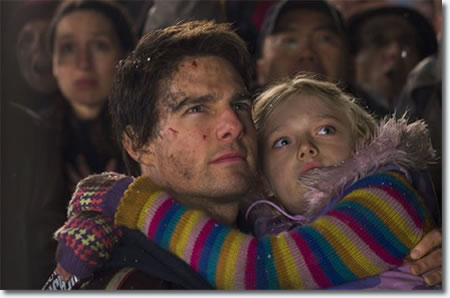 Tom Cruise and Dakota Fanning - 'War of the Worlds' 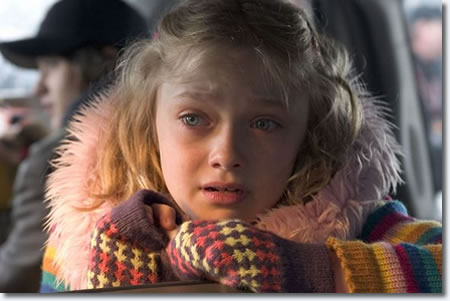 Dakota Fanning - 'War of the Worlds'