This is the story : A Review of 'From Elvis in Memphis' Legacy Edition

At 34 years old, Elvis Presley was riding a wave of renewed interest when he returned to Memphis for several recording sessions in early 1969. Just weeks earlier, his landmark '68 Comeback Special found him in superb voice and boisterous spirits. Suddenly, millions of curious TV viewers wondered what was coming next. Forty years later, who could forget? 'In the Ghetto,' 'Kentucky Rain' and 'Suspicious Minds' - all recorded in Memphis - became his first million-selling singles in nearly eight years. From Elvis in Memphis: The Legacy Edition, a two-disc set compiles all of the recordings from those invigorating sessions at American Studios. More importantly, it captures a moment in time when Presley took his creative direction from producer Chips Moman, who refused to back down to Col. Tom Parker or anyone else in Presley's entourage.

The sessions were so productive, they yielded material for two complete albums (plus some songs that made hit singles, 'In the Ghetto,' 'Kentucky Rain' and 'Suspicious Minds' and some as tracks on other releases).

From Elvis In Memphis

The legendary From Elvis In Memphis was released first to critical acclaim and after a successful return to live performances in Las Vegas, RCA released the second album as part of a double set with live recordings from Las Vegas titled From Memphis to Vegas / From Vegas to Memphis. The studio cuts collected here is arguably as strong as From Elvis in Memphis, with standout cuts including the bluesy 'Stranger in My Hometown', 'You'll Think of Me' and the yearning 'Without Love (There is Nothing)'. 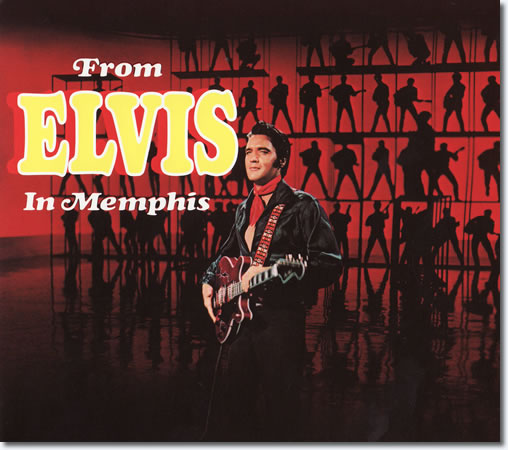 However this was no way to treat these tracks and the subsequent spilt up of this album with just the studio tracks titled Back In Memphis never received the attention it deserved.

It seems like every great artist has at least one album in their catalogue that is universally ignored due to the greatness of the album that proceeded it. Until now! Finally that is all changed on this Legacy Edition.

Elvis : Back In Memphis

History has placed these ten tracks as near out takes to the great 'From Elvis In Memphis' sides but a closer inspection not only reveals ten great tracks but one of the most cohesive records Elvis ever delivered.

The opening, Eddie Rabbit penned, track 'Inherit The Wind' sets the tone. Like other albums I have focused on in this series, from 'Watertown' to 'Houston', we are dealing with a man in isolation. Backed by the incredible American studio house band, including the great Reggie Young on guitar, Elvis is in top from here. The backing female vocals give the song a strange feel that is complimented by the string section that producer Chips Moman would add on later. The song's odd time signatures coupled with Moman's production gives the song a perfect swaying feel that is punctuated by Elvis' reminder of what it's like to indeed 'Inherit the Wind'. 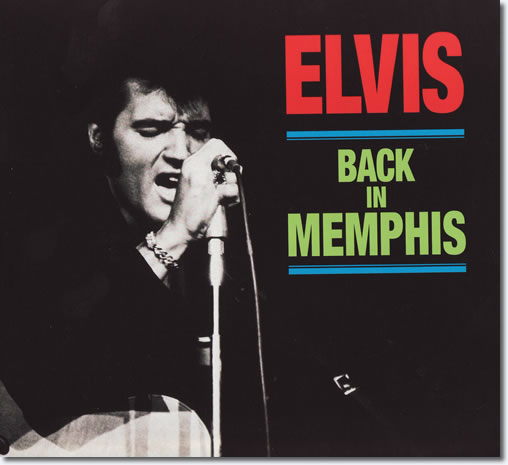 'This is The Story' follows, and this as mentioned dates from that first historic night Elvis stepped into American studios. The tragic tone is set here for the album, and when Elvis sings 'but the words that I'm reading could apply to myself' we realise why he didn't have to be a songwriter, once he sang a song it was his.

Percy Mayfield's startling 'Stranger In My Own Hometown' follows. This is the most rocking track on the album and the most haunting. This is the sound of a man confronting a city that had witnessed the assignation of Martin Luther King less than a year earlier. Elvis' sorrow at this event has been recounted by both Celeste Yarnall and Jerry Schilling, perhaps more than 'If I Can Dream' this is his reaction to it. It's an explosive, surging performance that stands with his greatest work. The song's ferocious climax features one of the strangest horn arrangements ever put on vinyl and Elvis screaming off mike 'Blow your brains out.' He would revisit this song later in his career and re-invent the idea of a blues man in a frightening laid back chronicle of alienation and despair. Anyone who doesn't understand the genius of Elvis Presley should listen to this song.

'Just a Little Bit Of Green' and Elvis' lovely reading of Neil Diamond's great 'And The Grass Won't Pay No Mind' are sublime examples of sixties pop at his best. More importantly the album never loses it's chronicling of a man who has denied love. Every track leads up to the album's final upcoming declaration making this, even more than Elvis Country (I'm 10,000 Years Old), the great Elvis concept album.

Bobby Russell's dark and brooding 'Do You Know I Am' with it's near whispered vocal and far-away tambourine is the calm at the center of the storm. The regret and longing are starting to kick in and it's the perfect opener for a side that's yearning for forgiveness. Ned Miller's 'From A Jack To A King' was one of Elvis' fathers Vernon's favourites. The most playful and country sounding song on the album still fits in perfectly with the idea of lost love and Elvis delivers a slyly comical rendition that provide a brief respite from the darkness that would follow.

'The Fair's Moving On' would provide the album with some of it's most haunting imagery, with it's portraits of a packing and vanishing carnival and love affair. Bobby Wood's piano playing is particularly impressive as is Moman's kaleidoscope production that surrounds Presley's soulful vocal.

'Back in Memphis' concludes with two of Elvis' most impressive and greatest performances. Mort Shuman's 'You'll Think Of Me' opens with Reggie Young on Sitar instead of guitar and it's that instrument that takes the lead throughout the song, providing an exotic counterpoint to the perhaps the most soulful vocal performance Elvis ever gave. The song was used as the b-side to the legendary 'Suspicious Minds' and had remained all but hidden in the years since it's release. It is perhaps the great lost jewel in Elvis' crown, listening to it now it's hard to imagine a singer more in tune with all that a song can symbolically give. No-one, not even Sinatra at his most impassioned, has melded together with a song like this one. This song is Elvis Presley.

The album closes with Danny Small's 'Without Love', and we find our narrator (and I would say Elvis himself) realizing that 'without love, I am nothing at all'. With Bobby Wood again on piano, we find Elvis at his rawest. Paul Westerberg would later write, 'Remember me, I used to wear my heart on my sleeve', and he could have easily been describing Elvis singing this song. Recorded on the final night of the January sessions, and shortly before 'Suspicious Minds', it gives the album an uncommonly powerful conclusion.

We are still with the same person from 'Inherit The Wind' but we have witnessed him changing and ultimately growing. Of all of the concept albums that have gained fame, perhaps only The Pretty Things 'S.F. Sorrow' came to such a resonate and deceptively simple conclusion.

In addition, ten mono singles are included as bonus tracks.

While there was room on the discs for the stereo versions of some of these singles, they have been released numerous times on other CDs and the mono tracks are something of a rarity in this digital age.

And after all these were the actually hit records most have not actually heard!

With great packaging and sound -- The recordings have been remastered from the original album masters for optimum sound quality to produce the very best sound quality to-date -- and great songs, From Elvis in Memphis: Legacy Edition is a powerful reminder of why Elvis Presley was the King.

Buy From Elvis in Memphis: The Legacy Edition

(All of Elvis' US singles were released in mono only up to 1971. Merry Christmas Baby may have been Elvis' first stereo single. Remember radio was AM - mono - so singles were made for radio play in mono.) * Except for Elvis first post army singles, Stuck On You, It's Now Or Never, Are You Lonesome Tonight and Surrender.

In The Ghetto -- Mono Sample

So a must for every fan and particularly anyone interested to hear how Elvis' original singles sounded.

When I first heard about the Legacy Edition of From Elvis In Memphis, now upgraded to include Back In Memphis and all of the other songs from the sessions, I was not planning to buy it. As much as I loved them, I had bought these songs countless times over. Then, a new press release announced that From Elvis In Memphis - Legacy Edition was going to include the original mono versions of all of the singles. There, Sony/RCA had hooked me -- I played the mono singles first on Disc 2, and once I heard the quality of their sound, I could hardly wait to go back to Disc 1 and play From Elvis In Memphis proper. I don't know what Sony/RCA did differently this time, but they finally got rid of that sort of muffled sound some of the Memphis tracks had before. Crystal clear. I'm loving this release! What a great surprise!

Read the full review by Tygrrius

CD Review : From Elvis In Memphis by Tygrrius 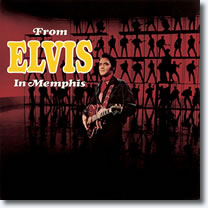 Make Me Know It

The Girl Of My Best Friend

I Will Be Home Again

Thrill Of Your Love

It Feels So Right

The Girl Next Door Went A'Walking

It's Now Or Never

A Mess Of Blues

Are You Lonesome Tonight? 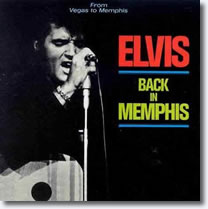 Give Me The Right

Put The Blame On Me

I Want You With Me

I Slipped, I Stumbled, I Fell

I Feel So Bad

(Marie's The Name Of) His Latest Flame

Anything That's Part Of You

Buy Elvis Is Back! Legacy Edition

Elvis Presley and the band - Studio B, Nashville, June 1970