Are you like me, you can remember either buying your first CD player or going to a friends house and they proudly showed you this new technology? Then getting a CD player in the car, Walkman, the list can go on !!! But now today the world has turned upside down and it is now the case that if you have a record player it is the center of attention (OK I know some will say it never left !!!). There's something fun and cool about putting the record on the platter, cuing it up and watching it spin in the background as warm, satisfying music fills the room.  It's retro, it's motion, it's beauty! I am not convinced they sound better as many claim, but quality records do sound good!

'Legacy Records' Elvis Presley 'Record Store Day' release for 2014 was, 'Showroom Internationale', a special numbered 2 x LP deluxe gatefold (picture below) pressed on 180G vinyl and is one of the best 'RSD' offerings so far.

This show was recorded on August 12, 1970 at the Dinner Show concert when Elvis was filming the documentary 'That's the Way It Is'. This is Elvis performing at an absolute peak of his vocal prowess.

The sound quality on this 17-track double LP is as stellar as is the selection here making this a must-have! 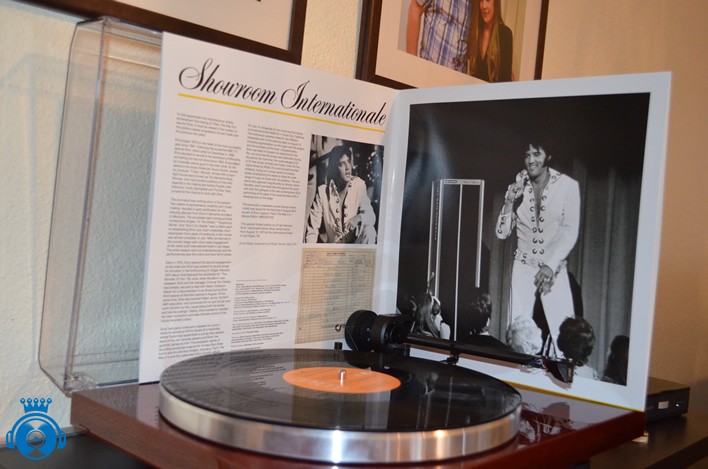 Elvis starts the set off strong with 'That's All Right', 'Hound Hog', 'Heartbreak Hotel' and 'Love Me Tender' all coming within the first 30 minutes and then includes a handful of contemporary covers like 'Bridge Over Troubled Water' and 'You've Lost That Lovin' Feelin', capping the album off with the his own classic, 'Can't Help Falling in Love'. 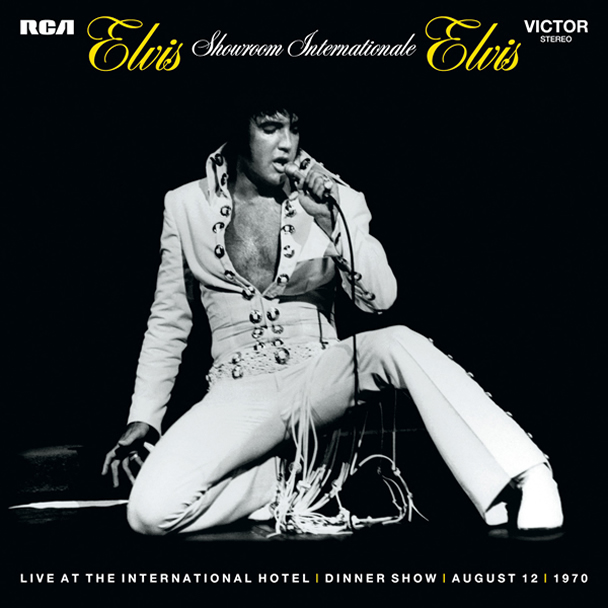 'Record Store Day' is an annual day-long celebration of record store culture taking place on the third Saturday in April plus an annual Black Friday (November 28, 2014) event occurring the day after Thanksgiving. The publicity notes 'Elvis Presley - Showroom Internationale 2 LP - 180G 12' vinyl. The film 'Elvis: That's The Way It Is' provided fans with their first real glimpse of Elvis performing at an absolute peak of his vocal prowess in August 1970. This individually numbered, 17 song, 2 LP set features the King's full August 12, 1970 dinner show and includes 13 previously unreleased performances'. The show is of course not previously unreleased as it is the same performance as released on the recent TTWII Legacy release as well as the Deluxe 'That's the Way It Is' 8 CD/2DVD box-set. While we may already have the concert, the album cover is awesome, and there is NOTHING like playing a record..

This is Elvis performing at an absolute peak of his vocal prowess, in his prime, this is a fantastic live record - and an audiophile-quality release. Recommended. (And we have just a four (4) copies left).

1. You Don't Have to Say You Love Me
2. Bridge over Troubled Water
3. Suspicious Minds
4. Can't Help Falling in Love