Elvis, Ginger Alden and Lisa Marie driving through the Graceland gates on August 12, 1977. Elvis was unable to get a copy of the film 'Star Wars' to view with his daughter Lisa Marie, so they watched the James Bond film 'The Spy Who Loved Me' instead. (Star Wars was released to theaters in the US on May 25, 1977) As they came home, Lisa was siting on Ginger Alden's lap, holding her bag of popcorn from the theater. The photo below, snapped just four days before his death is the last ever taken with his daughter Lisa Marie. 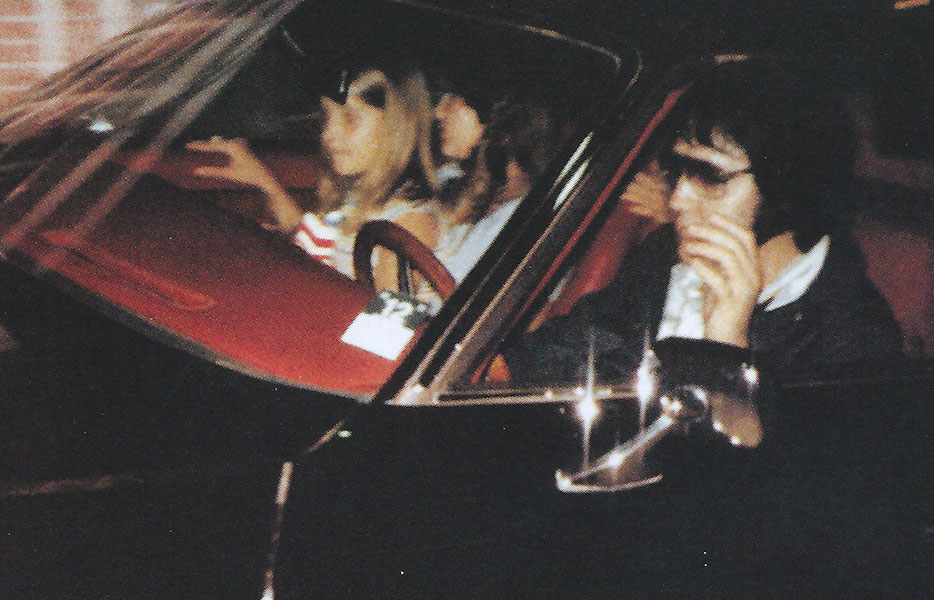 Elvis, Ginger and Lisa Marie driving through the Graceland gates on August 12, 1977.