Elvis was returning to Graceland in his Stutz Blackhawk with girlfriend Ginger Alden after a late night visit to his Dentist Dr. Lester Hoffman. 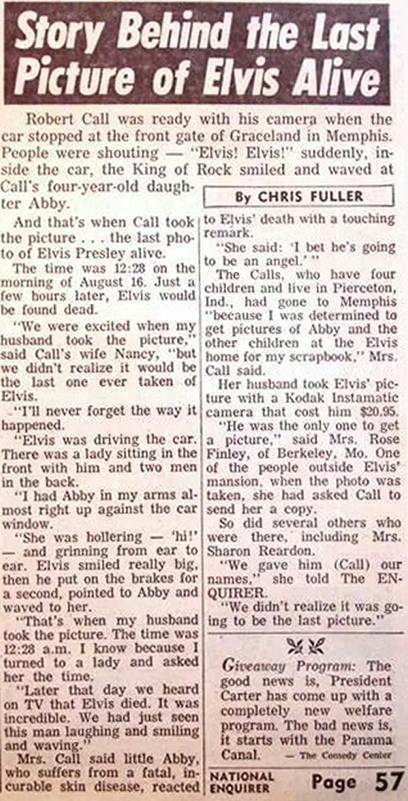 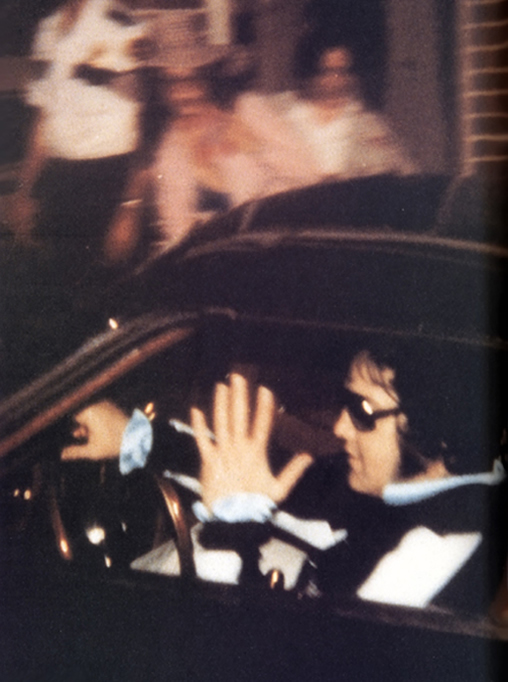 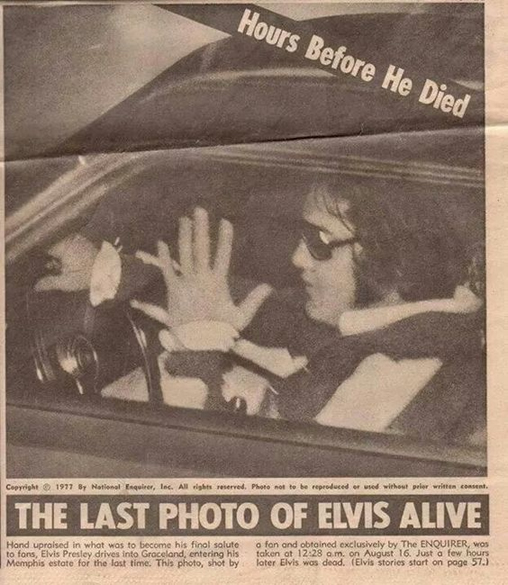 Elvis, Ginger and Lisa Marie driving through the Graceland gates on August 12, 1977