The July 1, 1974 concert included with the new FTD book release, Fashion For A King proves that you do not have to have a stereo recording to have A grade sound quality. And this soundboard recorded concert is in A grade sound quality and it also may just about present us with Elvis' best concert performance from 1974, to my ears it is anyway. The sound is crystal clear and Elvis is in top vocal form, he certainly gives a far better overall performance, in my opinion, than the famous Recorded Live On Stage In Memphis concert recorded just three months prior. While it is true that this soundboard recording can't reflect the same level of sound quality performance on songs such as Help Me and Why Me Lord [Elvis does not perform How Great Thou Art at this concert - He won a grammy for his March 20 performance] if we did a back to back comparison, as the recording quality is naturally better with 16 track RCA recording, non the less this soundboard is a delight to listen to with Elvis' overall performance absolutely brilliant, and with a faultless full sounding soundboard source producing far above normal sound quality for such a release. Also noticed several times are the unique comments Elvis makes, it is no clone of any other release, a must have for any fan.

With this concert we welcome the songs, You Don't Have To Say You Love Me, Bridge Over Troubled Water and Big Boss Man as standouts not on 'Recorded Live On Stage In Memphis'.

It will be very interesting to listen to the next FTD release, 48 hours to Memphis, recorded as indicated 48 hours before the above mentioned 'Recorded Live On Stage In Memphis', certainly it's announced release has caused a lot of excitement due to the sound source, but how will Elvis' performance rate in comparison?

Now there is one problem, that being to get the CD you have to buy the book. Do you want to do that?

The book is stunning. So yes. The combination of book and the 1974 concert make for great value.

If there were a prestigious award and ceremony for the best Elvis book each year this one would have everyone talking and speculating as to what the winner would be, but what is it's competition?

Okay, as of prior to opening the book I was not overly interested in the names of Elvis' jumpsuit's so I viewed it as a '70s photo book release, with that the competition is only The King Of Las Vegas or to step out of the 1970s, The Elvis Files Volume 2 but looking at each they are all great books.

Fashion For A King does seem to be of slightly better quality but doesn't have the same range of 70s candid's as 'The King Of Las Vegas' that I really like. But then that's not a fair comparison!

Really they are all very different books, each having there own advantages.

'Fashion For A King' is also a tremendous photo book detailing Elvis' jumpsuit's and a detailed information book that leaves me with a lot of reading ahead, [I can't now not be intrigued by the style of this book to not want to read more about the jumpsuit's] and then it is of course a great reference book.

But then you have the icing on the cake, and that is a well chosen July 1, 1974 concert from Omaha, Nebraska.

But if I had to pick just one book, say the famous desert island question, I would officially take 'Fashion For A King' but also hide 'The Elvis Files Volume 2' in my bag and just hope not to be busted by customs!!

More Detail about the Book : Fashion For The King

The book by Pål Granlund is an impressive document of all the outfits Elvis performed in through his career from 1968 and onwards. The book is full of fantastic, previously unreleased, rare and classic photos, all linked together by text written by Tommy Edvardsen and Atle Larsen. This is a huge work, the weight is approx. 3 kg [6 Pounds for USA] and the size, 30.5cm [12"] x 25.4cm [12"] x 3.7cm [1.5"].

Elvis Presley made a special fashion of his famous and spectacular stage outfits, sometimes referred to as 'jumpsuits'. The name 'Elvis' is heard of in every corner of the world, and nearly everybody has heard about the dynamic performer dressed in a typical 'seventies suit' with rhinestones and embroideries in different patterns. But what many people don't know, is that these suits have their own name and their own story to tell. Not many people know how these outfits came to be characteristics for Elvis on stage, and their development during the years. It all started with the ['Black Leather Suit' in 1968, and ended with the 'Mexican Sundial Suit' in 1977. Elvis became King Of Concerts in the late sixties and seventies - and the stage outfits became an important part of his shows. In this encyclopedia of more that 500 pages we are presented with a full documentary of all Elvis' suits from his famous '68 Comeback Special, his return to live performances in Las Vegas in 1969 and his many tours, including the two documentaries, Elvis : That's The Way Its Is and Elvis : On Tour and the TV Specials Aloha From Hawaii and the 1977 TV Special - through the 1970's.

This book is the result of hundreds of working hours with research and 'digging' through enormous amounts of documentation. This book is not meant only for the hardcore 'jumpsuit'-fan, but also as an encyclopedia for fans all over the world to learn more about these great, original stage-outfits.

Never has a book been more complete on this issue, and you will see rare photos and photos you have never seen before. The background of the suits and the stories of those who created and designed them are presented for you. Elvis became an icon in these outfits.

Also the cover of the actual book is far and above better than that shown online, the online photo it too bright, the actual cover is much, much better. Probably the best Elvis book cover photo I have seen. I have tried to scan the cover but it is too big for my scanner and does not do it justice either. 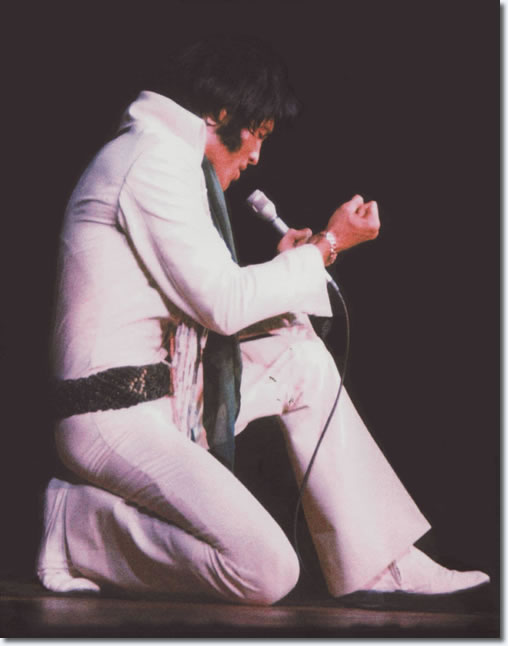 Also, if you liked the book, Elvis The Concert Years, you will be doubly impressed with this work of art.

Released in September from FTD

He Touched Me in the FTD Classic Album [7"] Series

** There is a mistake in the listed track listing with Help Me and You Don't Have To Say You Love Me reversed, they are the other way around as we have the corrected listing above. 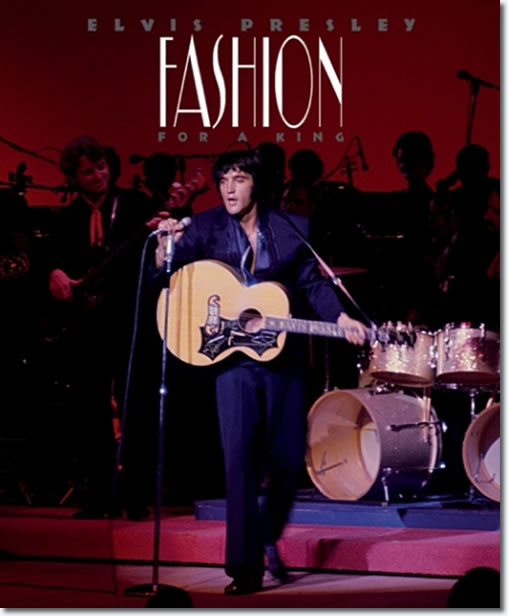 Fashion For A King : 512 page Hardcover book From FTD : Released In August.

[Unfortunately this second concert is marred by bad tape faults and I am not much interested to play it.]