Presley, who usually shies away from interviews, encountered a photographer as he rode through his Graceland Mansion gates on a newly purchased, three-wheeled funmobile. The 40-year-old entertainer had six words for public consumption.

'How are you feeling now, Elvis?' the photographer asked while snapping pictures. 'I'm feeling fine', he said.

'I guess you're glad to back in Memphis awhile', the photographer said.

'Sure am', Presley said.

Presley then roared off down Elvis Presley Boulevard on his new toy. 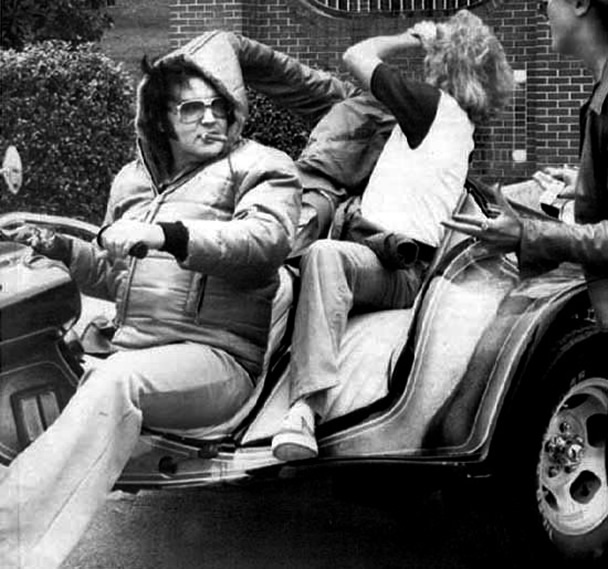 Girlfriend Linda Thompson followed on a second funmobile, trailed by a cousin on a third. Presley bought the vehicles in Memphis before traveling to Las Vegas for a two-week engagement.

After three performances at the Las Vegas Hilton, he canceled the show and flew home Aug. 21 to enter Baptist Hospital. The singer's latest hospitalization ended Sept. 5, but Dr. George Nichopoulos said his patient must take it easy for at least three months.

Presley's uncle and gate guard, Vester Presley, said Elvis needs to have some fun and ignore the nurses at Graceland 'who don't want him to get outside and get tired out'. 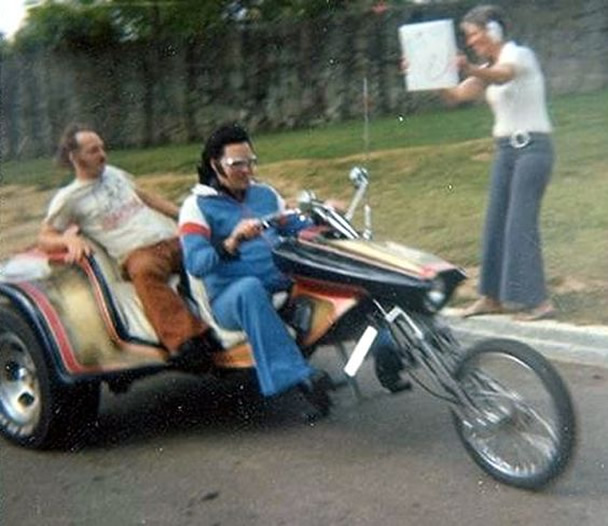 Elvis with his Messerschmitt June, 1956