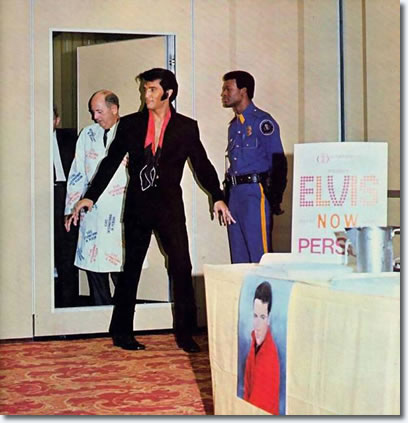 Q: 'Why have you waited so long to perform Live again?' 'Did you return to Live Performing because of the Phenomenal successes of Wales Singer Tom Jones and British Crooner Engelbert Humperdinck?' 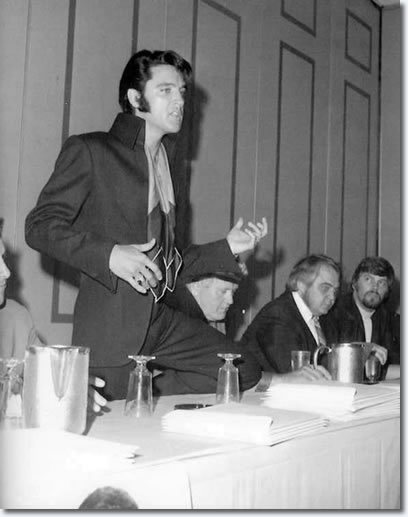 Elvis: (Elvis shook his head at the suggestion) 'I think they are great', 'But My decision to return was made in 1965, and it was hard to wait', ... 'I don't think I could have waited any longer' ... 'We had to finish up the movie commitments we had before I could start on this ... 'I missed the Live contact with an Audience'. 'It was getting harder and harder to sing to a camera all day'.

Q: 'Can you remember first coming to Vegas?'

Q: 'Are you and Priscilla planning on adding to your Family?'

Elvis: 'You'll be the first to know'.

Q: 'What things do you do when you are at home at Graceland?' 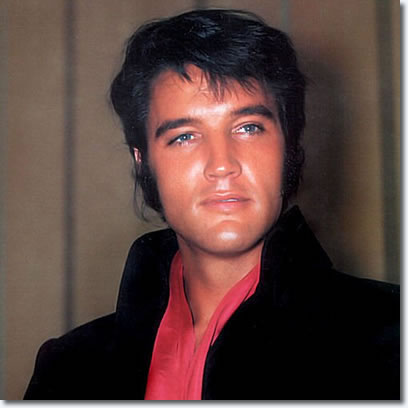 Elvis: 'I ride horse back, swim and talk with the tourists hanging out at the gates'.

Q:'How does your wife feel about you being a Sex Symbol again?'

Q: 'Do your Wife and Daughter, Lisa Marie accompany you?'

Q: 'Are you tired of your present type of movie, have you grown tired of the movie plots?' 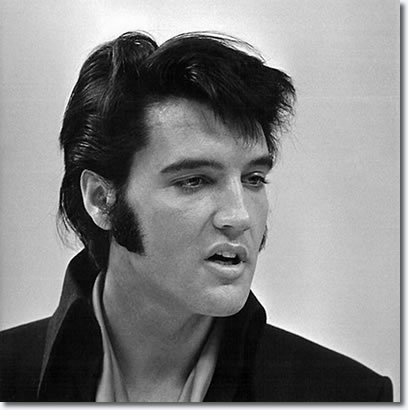 Elvis: 'Yes, I want to Change the type of Script I've been doing'.

Elvis: 'Something with Meaning'.... 'I'm going after More Serious Material'. 'I couldn't dig always playing the Guy who'd
get into a fight, Beat the Guy up,.., and in the Next Shot Sing to Him'.

Q: 'Do you think it was a mistake to do so many Movie Sound-Track Albums?'

Q: 'When you met the Beatles', 'No press was allowed, why was that?'

Elvis: 'I think because we could relax more that way and we could talk Candidly'.

Elvis: 'No'.... 'I hate wearing them, because they are too hot when your working'.

Q: 'Where did you get the design for your stage out-fits?' 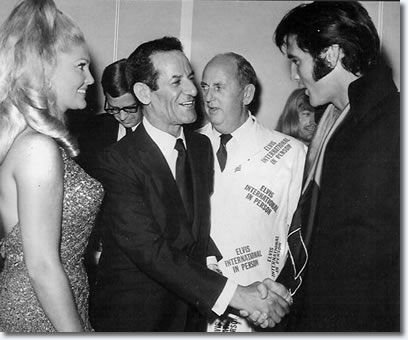 Q: 'What do you think of the Hollywood scene?'

Q: 'How long did you rehearse for these shows?'

Elvis: 'I practised for nearly 3 months', 'Today I went through Three Complete Dress Rehersals'. 'This was the fourth time I did that show today', ... 'I'm really Beat'.

Q: 'How did you choose the songs for the show?'

Elvis: 'I want to ... I would like to play all over the World' ... 'I chose Las Vegas to Play First, Because it is a place People come to from All Over'.

Q: 'Are you trying to change your image with songs like 'In the Ghetto'?

Q: 'Why have you led such a secluded life all these years?'

Elvis: 'Sure, I have always done it for the movies'. 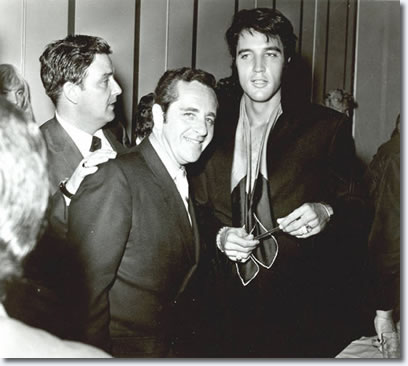 Q: 'Did you feel nervous during the show?'

Elvis: 'For the First Three songs or so, I didn't feel relaxed until after Love me Tender before I loosened up' ... 'Then I Thought, What The Heck ... Get With It Man!, or you might be out of a Job Tomorrow'.

Q: 'Do you have a share in the International Hotel?'

Q: 'Why did you choose a Negro backup group?:

Elvis: 'They help get a feeling and get to my soul'.

Q: 'Have you ever seen England's top singer, Cliff Richard?'

Elvis: 'Yes, I met him in Germany a long time ago'.

[Elvis was mistaken, he did not meet Cliff, but Cliff did try to meet Elvis, he visited one of Elvis' residences in Germany but unluckily for Cliff, Elvis was not home. Possibly Elvis was told the story and these years later miss-remembered the story. Memory does play tricks on people.]

Q: 'Mr. Presley',.. 'I've been sent here by 'Lord Sutch Enterprises' "To offer you One Million Pounds Sterling to make Two Apperances at the Wembley Empire Stadium in England',.... 'This Price will include a Documentary that will be Filmed during and after the Shows'. 'It will Only Take 24 Hours'.

Elvis: (Elvis points to Col.Parker) 'You'll have to ask him about that'.

Elvis: 'Elvis, how much do you get paid for these performances?'

Colonel Parker: 'We are pleased with the deal. I am glad He is Here'.

Q: 'Is it true you get paid in International-stocks?'

Colonel Parker: (Parker Speaks up again) 'Certainly not'.... 'The only thing we get for Free are the Crickets in the Rooms'.

Q: 'Elvis is there any Other Individual You would Rather Be?'

Elvis: 'Are you Kidding? 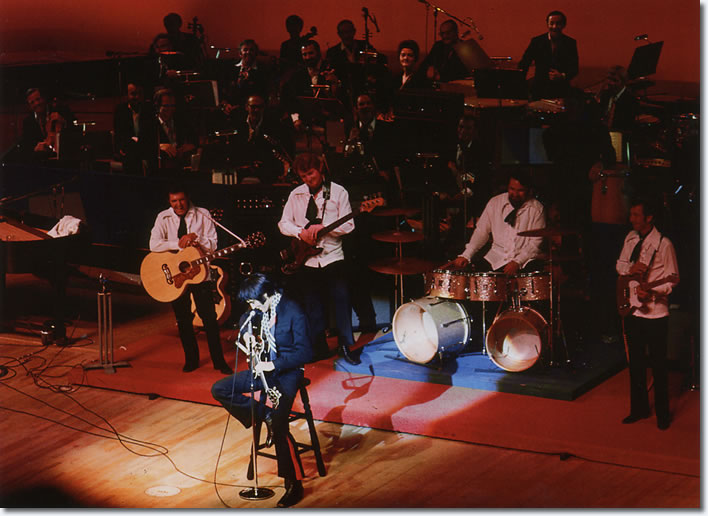 Other aricles by Nigel Goodall ...

* 'Screaming Lord Sutch' was born, North West London. In the 1960, inspired by one of his favourite rock and roll stars, Screaming' Yay Hawkins, he changed his name to Screaming Lord Sutch, 3rd Earl of Harrow. Despite the fact that he had no connection with the peerage, the deed poll laws of England permitted this. Following a successful career as an early-'60s rock 'n' roll attraction, it became customary for the UK press and citizens to refer to him as Screaming Lord Sutch, or simply Lord Sutch. Early works included recordings produced by legendary audio pioneer Joe Meek.

During the 1960s, Screaming Lord Sutch was known for his horror-themed stage show, as well as for usually dressing like Jack the Ripper pre-dating the shock rockantics of Alice Cooper by several years. Accompanied by his band, The Savages, he often started the show by coming out of a big black coffin. Other stage props included knives and daggers, skulls, and "bodies". Sutch also booked 'themed' concert tours, such as 'Sutch and the Roman Empire', where the Sutch and the band members would be dressed up as Roman soldiers. Despite his self-confessed lack of any vocal talent, he released many horror themed singles during the early-mid 60s, the most popular and well known of which is Jack the Ripper, which the White Stripes covered in their live shows and The Horror have released.