By: Mike Hermenet
Source: With thanks to Troy and the Mystery Train Blog
October 22, 2018
Elvis Reviews, Elvis CD Reviews, FTD, By Mike Hermenet

I have been an Elvis Presley fan since the age of 5, and many times I have told friends my story of how I one day discovered my Mom's record collection at the bottom of the staircase in our home. As I rifled through her collection, I came across the album Elvis Today and was instantly intrigued.

Long story short, not only did that discovery create a new Elvis fan, but for the last 35 years I have always claimed Today as my favorite Elvis album. However, after listening to the recently released Follow That Dream treatment of the Promised Land album, I am now proud to proclaim Promised Land as my all-time favorite Elvis album. Since the inception of the Classic Albums concept by the FTD Collectors Label, fans have been clamoring for Ernst Jorgensen & company to deliver the Promised Land album to them in this expanded format. I am happy to say that the wait, while long and seemingly endless at times, was well worth it. What FTD has done with not only the original album, but the session outtakes is simply amazing. Once I received my copy of Promised Land, I immediately noticed that the format presented to us for this album was a little different. As usual the original album kicks off disc one, but then comes the twist. We fans are treated to 'Promised Land : The Alternate Album'. This section contains the original album song lineup using outtakes from the recording sessions. Referred to as 'Session Highlights', these 10 outtakes presumably are what the FTD team felt were the best alternate versions of each song from the album. Personally, I truly enjoyed this change to the Classic Albums format, and I hope that FTD considers continuing this trend on future Classic Albums releases. Upon concluding the 'Alternate Album', the rest of disc one contains 'More Session Highlights'. The entire contents of disc two are referred to as 'Sessions - The Making Of.' Basically these are the remaining session outtakes from that historic recording session at the Stax Studios in Memphis during the final month of 1973.

Herein lie the true gems of this 2-disc package. Hearing Elvis rehearse, record and re-record these songs is a true listening experience. When I first listened to these outtakes, I was captivated by Elvis' true commitment to the material he was recording - something that, to me, had seemingly been missing since his marathon recording sessions of June 1970. Listening to the outtakes from the Promised Land sessions, you can hear Elvis really trying to create something special. Just hear the passion in his voice during the recording of 'It's Midnight' or the ache in his voice in 'There's A Honky Tonk Angel (Who'll Take Me Back In)'. These outtakes, at times, can be viewed by fans as windows into the soul of Elvis Presley, perhaps moreso than any other recordings of his career. Even songs like 'Mr. Songman', which may not be at the top of the list as far as being one of his best, take on a whole new freshness and life as they are presented here by the great folks at FTD.

Another guilty pleasure has to be listening to Elvis getting lost in the lyrics of 'Your Love's Been A Long Time Coming.' When we finally arrive at take 9 (the master take), Elvis can't bring himself to finish the song and, fortunately for us listeners, we are there as FTD brings us the unedited version of this song. 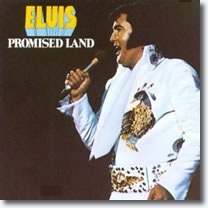 Then, of course, comes the title track. This song, in my opinion, provides indisputable proof that Elvis could still rock with the best of them when given the right material. We are treated to almost every outtake (take 1 is not present) of 'Promised Land', and we can hear Elvis truly having fun as he moulds this Chuck Berry composition into an Elvis Presley song!

There are so many highlights to this new version of the Promised Land album, but undoubtedly the star of the album has to be the sound quality of each song. With crystal clear remastering work by Jean-Marc Juilland and Vic Anesini, each of the 48 tracks presented in this collection sound as though Elvis recorded them in 2012, not 1973. As I listened to this album, it was hard for me to believe that these recordings were almost 40 years old.

Of course, accompanying the Promised Land FTD release is the customary 12-page booklet, giving fans the details behind the recording and release of the album, along with some fantastic artifacts from RCA of notes, reviews, memorandums, and other album-related items.

As always, fans are also treated to some great concert shots spread throughout the booklet.

Finally, we are treated to an essay from noted Elvis author Sandi Pichon who recalls her experience when attending one of Elvis' historic Stax recording sessions.

For all of these reasons, and many more which I could spend all day talking about, it is official: Promised Land is now my all-time favorite Elvis album. It has taken almost 35 years to get here, but it was well worth the wait!

The Sessions : The Making Of

Recorded in Memphis, Tennessee in December 1973.